A Glimpse of BengaluruITE.BIZ 2016: A Deep Dive into India’s Aviation and Defense Industry 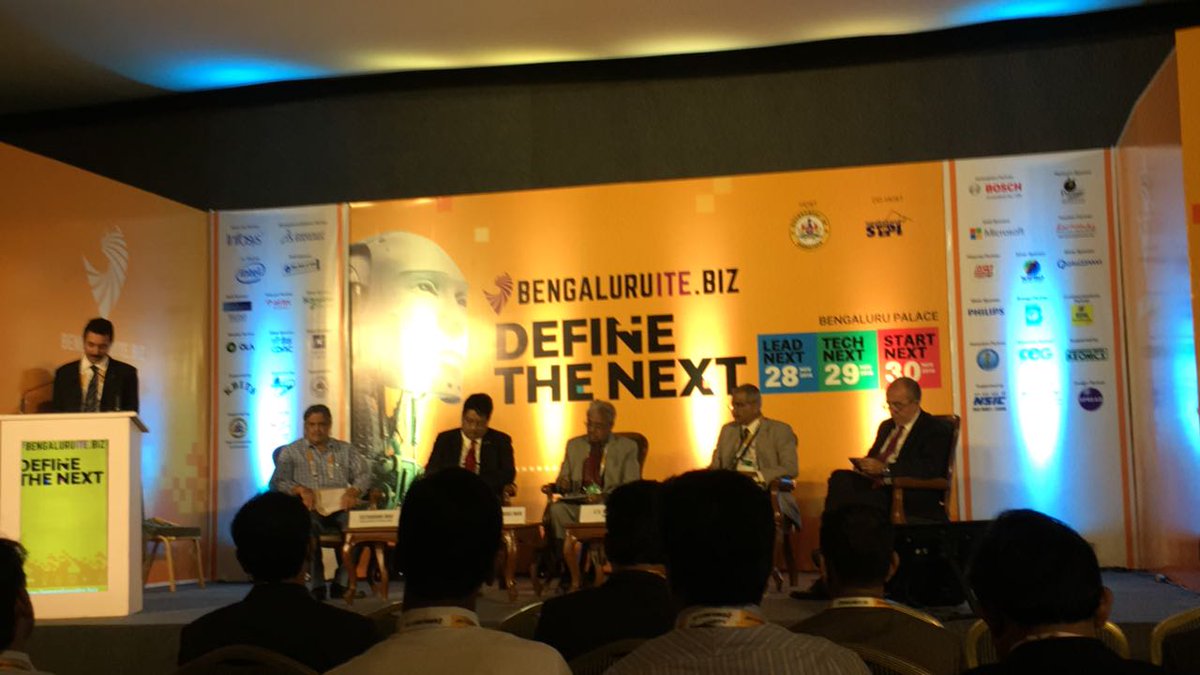 Dassault Systemes partnered with the event as the Aerospace and Defence partner this year in line with the company’s portfolio in the industry. The second day of the event witnessed a panel discussion on the sidelines of aviation and defense industry. Based around the theme- Building Innovation Ecosystem to excel in Aerospace & Defence, the session was moderated by Mr. C.G Krishnadas Nair, Hon. President, SIATI, Former Chairman, HAL. The panel discussion was chaired by Mr. Philippe Forestier, Executive Vice President, Global Affairs, and Communities along with Shri Priyank Kharge, Karnataka IT Minister, CD Balaji, DDistinguished Scientist, Director at Aeronautical Development Agency, Mr. Anup Vittal, Managing Director (Directeur Général) and Member of the Board at Safran and Mr. Seetharama Bhat, Sr. Professor, Indian Institute of Science as the other panelists.

The panel discussion focussed on how the aviation and defense ecosystem in India has evolved in the last decade with the entry of some key private and foreign players at the offset of national campaigns such as Make in India. The industry experts expressed that the aviation and defense industry has seen tremendous improvement in the last decade and how the ease of managing business across locations in real time with the help of collaborative technology has been a boon for the industry.

Adding to the experts’ opinion, Mr. Forestier said, “I think we are moving to an economy which is becoming an experience economy where the final consumer is becoming more critical owing to the digital continuity. This is creating an impact on the aerospace and defense ecosystem. It is not only the engineers who are making the best products possible it’s also the full ecosystem of the people around because, at the end of the day when we put the product on the market whether we talk about an airplane or any other product, we need to make sure that the product fits. One of the issues that we are facing is a lack of communication in the industry. We have silos of communications and even in aerospace these silos between engineering and manufacturing still exist; this is an issue, and we need to fight against this making sure of all of those people working in collaboration on same projects have the right tools to talk to each other. Now when you design an airplane, you design an airplane with all the constraints involved in manufacturing and production. The remarkable change in the aviation and defense ecosystem in India can be attributed to the growth of IT industries. I think people are moving towards manufacturing sector. The new government is supporting the manufacturing sector with initiatives like Make in India.”
The opinions were resonated by what the other panelists have to say at the panel discussion stressing on their individual contribution to the industry. The presence of IT ministry representative at the event and the panel discussion emphasized on the objective and vision for the country in this particular industry. The sponsorship by Dassault Systemes was a key integrator of the company’s ideas into the functioning of various sectors interlinked with aerospace and defense along with other business verticals Dassault Systemes operates in.
Dassault Systemes also had an experienced booth at the forum where virtual reality products in the aerospace and defense space were showcased. Several customers and media visited the booth.

Philippe Forestier in conversation with a leading mainline and a vertical magazine highlighted the significant role played by Dassault Systemes solutions for key players in aviation and defense industry.