Described as the deep mining method of the future, block caving is an underground mass mining method that allows for the bulk extraction of large, relatively lower-grade ore deposits that are vertical in orientation.

The method is an attractive alternative when planning to develop a new mine, or to extend the life of an open pit operation. More and more mining companies are exploring block caving as it becomes increasingly difficult to find high quality orebodies close to the earth’s surface.

WHY ARE COMPANIES MOVING FROM OPEN PIT OPERATIONS TO CAVE MINING?

Today, more than 50 cave mining projects, at various stages of development, are being explored around the world (Jakubec, 2018). While the transition from open pit operations to underground caving is long and  complicated, many mining companies are using cave mining methods as an alternative to expand the life of the mine. There are several reasons why cave mining methods are gaining traction:

• Depletion of near surface orebodies: Near surface high quality ore deposits are increasingly difficult to find, making continued open pit operations cost and environmentally prohibitive. Additionally, some ore deposits are simply too deep to be economically extracted by open pit methods or of insufficient value to justify other conventional underground methods.

• Lowest mining cost per ton: Block cave mining operating costs are a fraction in comparison with any other underground mining method.

• Lower environmental impact: As open pits expand and become deeper, the ratio of waste rock to mined ore increases exponentially. Consequently, the storage area for waste rock also increases. Due to subsidence, the
surface impact of a cave mining is also dramatically reduced.

• Cave mining enables higher automation and mechanisation: Mining companies will be able to implement automation technologies to realise an increase in productivity coupled with a decrease in expenditures, converting this type of operation into a ‘rock factory’.

IS CAVING ONLY FOR BIGGER MINING COMPANIES?

Typically, cave mining operational costs are a tenth the cost of conventional underground mining methods. Despite the low operational cost, cave mining is highly capital intensive. This is because a large underground infrastructure platform needs to be established before production can proceed. For example, Codelco, Chile’s state-owned miner, will be investing $5.6 billion to convert the century-old Chuquicamata open pit mine into an underground project (Casey, 2019).

To balance large upfront capital expenditure, the mine must have a high rate of production and tonnage per drawpoint once the mine is in operation. The Chuquicamata mine in Chile, the Resolution Copper project in Arizona, and the Grasberg caving complex in Indonesia are some of the biggest cave mining projects, targeting a production of more than 100,000 tonnes of ore per day.

While caving methods can be used with any type of commodity, the key considerations are grade distribution, geological and geotechnical characteristic of the ore body. It is the primary underground mining method used for extracting large copper or gold porphyry deposits. Considered as dense, less than 2 per cent of nearly 2 billion metric tons of ore within the Resolution Copper project is believed to be copper, making it the fourth-largest undeveloped copper deposit in the world (Philips, 2016).

Smaller orebodies can still be economically mined, if they have sufficient height and metal content to justify the capital expenditure. Northparkes in Australia, Palabora in South Africa or New Afton in Canada are successful operations with a smaller footprint and daily production. 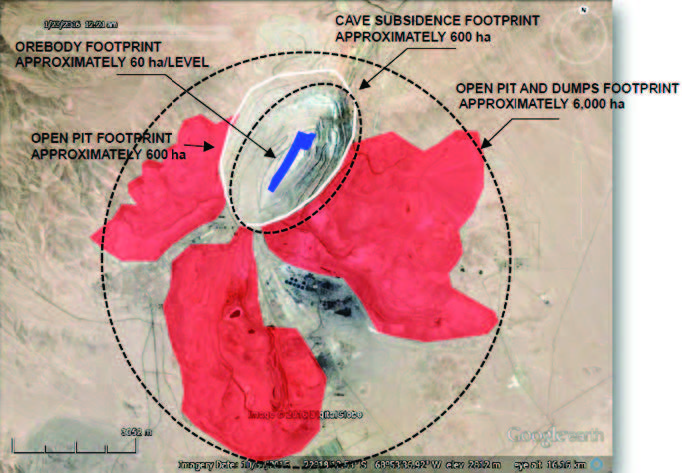 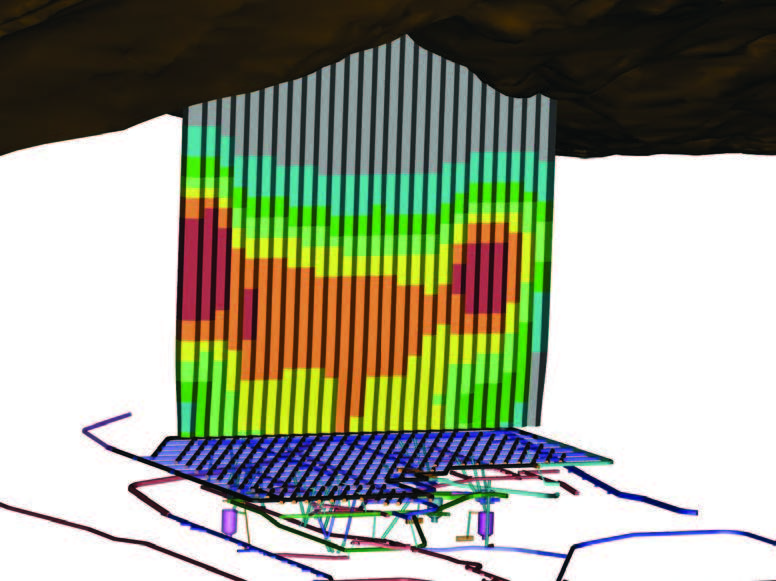 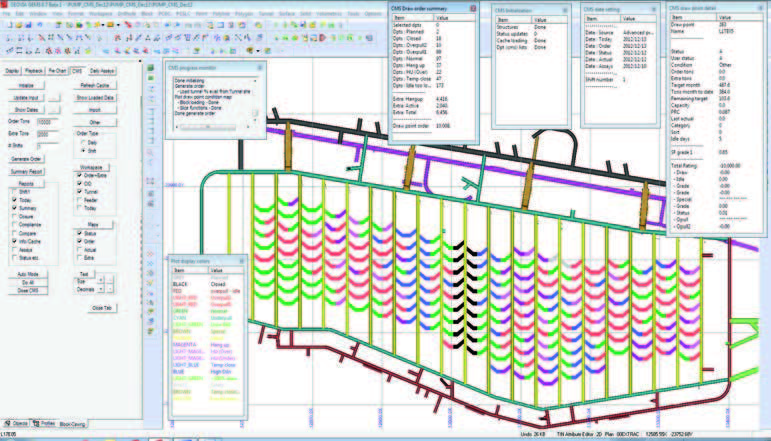 WHAT NEW TECHNOLOGIES WILL HELP TO MAKE CAVING MORE ACCESSIBLE TO MORE MINERS?

There are a number of solutions developed for caving to design, model, evaluate block caving, and sub-level caving projects, including:

• Location and footprint of the caving mine: Analytics and simulations can help determine caving method and extraction points can be designed carefully to cause excessive stress and damage.

• Reduced risk through simulations in the virtual world: Given that cave mining has a large up-front capital expenditure, various ‘what-if’ scenarios can be run in order to test sensitivity of input parameters and reduce risk.

• Mine sequence optimisation: Simulation and visualisation technology can help assess multi-level scenarios for the prediction of propagation of the cave back of the caving mine. In addition, detailed production schedules can be generated based on targeted production rate, draw point opening strategy and sequence.

• Analytics tools for correlations: Geotechnical constraints within caving simulations can be incorporated directly in the mine planning process. This can allow for correlations between key parameters within the model to be easily determined.

THIS ARTICLE WAS FIRST PUBLISHED IN THE AUSIMM BULLETIN. YOU CAN VIEW THE ORIGINAL AUSIMM ARTICLE HERE:
www.ausimmbulletin.com/feature/what-every-miningprofessional-needs-to-know-about-block-caving-the-deepmining-method-of-the-future

GEOVIA Worldwide Industry Process Consultant Expert, Next-Generation Caving Solutions, Dassault Systèmes. Daniel Villa has more than 20 years of operating and consulting experience in the industry. His experience has been largely in the areas of block and sub/eve/ caving, it includes both feasibility studies and operating mines. Other areas of specialisation includes geological modelling, resources and reserve evaluation, mine planning and project evaluation. Daniel started his career at Gemcom in Chile where he worked closely with Code/co in their caving operations (El Teniente, Andina and Salvador). In 2005 he moved to Canada to work with Dr. Tony Diering as a Senior Mining Engineer. In this role he had the opportunity to provide assistance, training and implementation of a solution in cave operations and projects in Chile, South Africa, Australia, Philippines, United States, Canada, Russia, Kazakhstan and Brazil. Between 2012 and 2013 Daniel was working as Technical Expert in underground mine planning at mine site for PT Freeport Indonesia. Daniel has been with Dassault Systèmes since 2014 and was previously the Director of Caving Business Unit at GEOVIA.