Updating / changing survey coordinates from local to UTM systems creates a common issue in many mines requiring the change of the co-ordinate system within the existing deposit block model. GEOVIA Surpac has the ability to shift the block model for new co-ordinates, as it is, with all its attributes, using a few simple steps as detailed below. 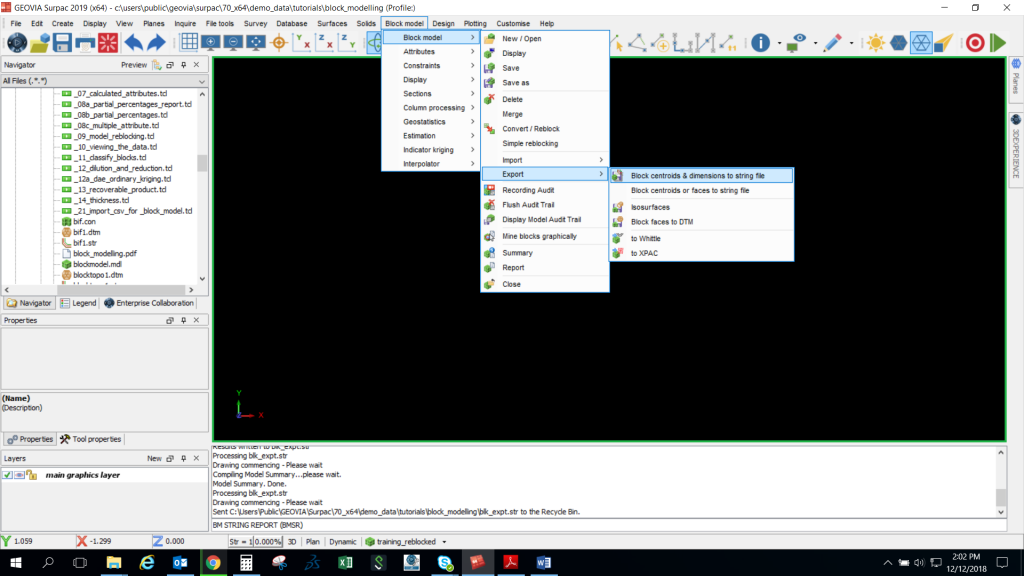 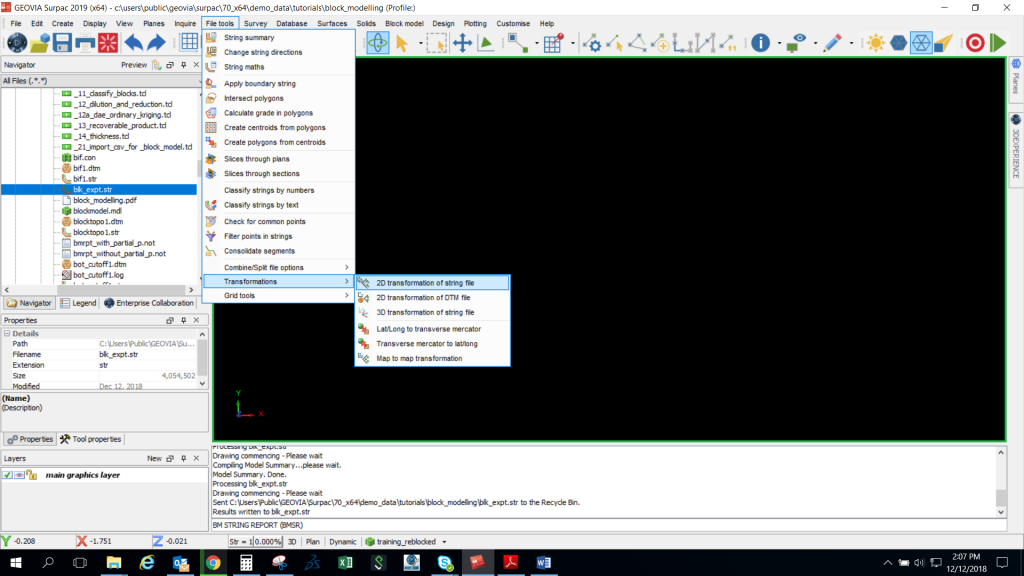 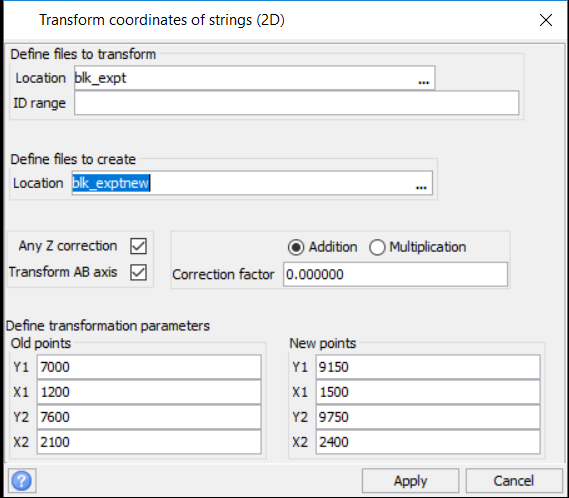 Now close the existing block model and create a new blank block model with the same extent as the newly created string file after 2D transformation in step 2.

Here the block size should be the same as the original block model block size.

From old block model summery report, one can find out different column name of transformed string file. So as the final step, go to Block Model > Estimation > Import Text File 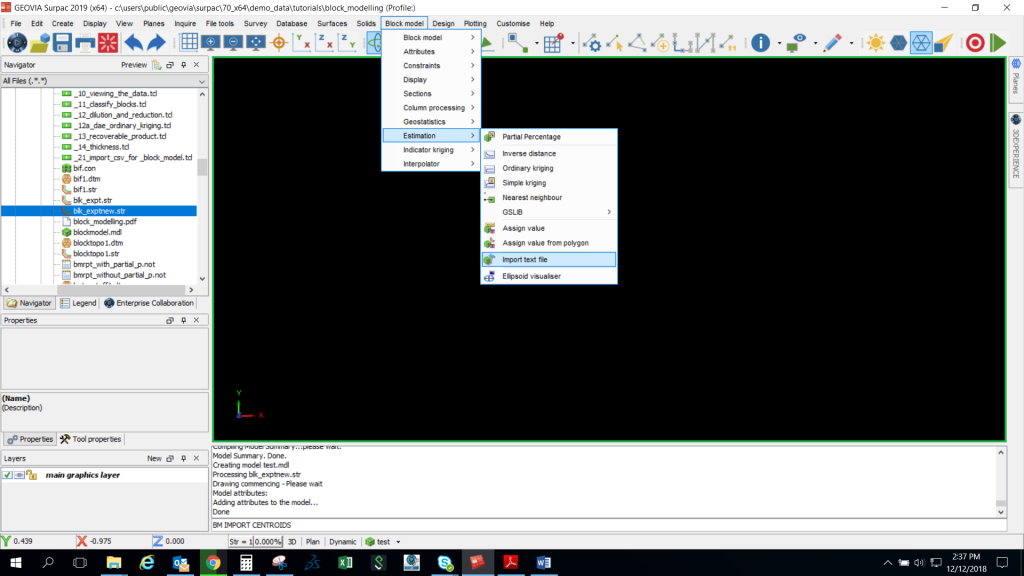 Assign the different attribute name at each column and apply 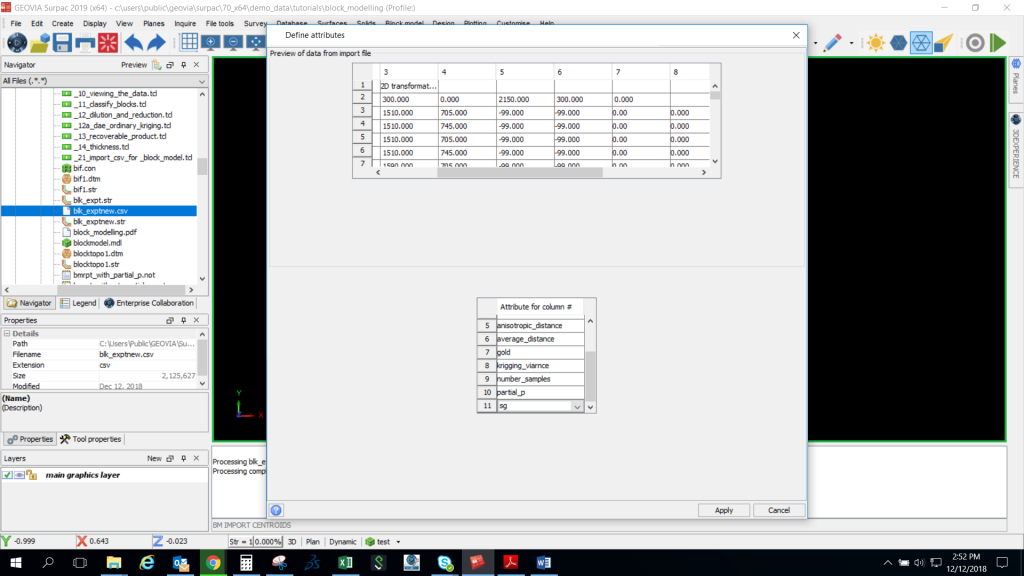 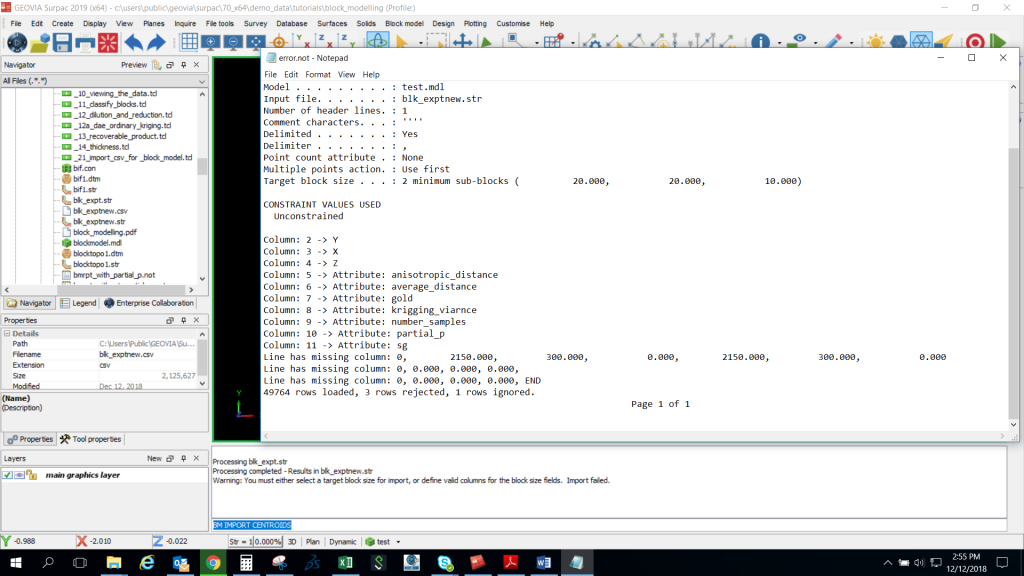 Mining Knowledge Consultant, GEOVIA at Dassault Systèmes
Nandini is a geologist with more than 10 years of experience in Mining and Engineering Geology. Previously a GEOVIA software user for more than 8 years, Nandini is highly experienced in the preparation of exploration reports for coal and iron ore. Her key areas of expertise are GEOVIA Minex and Surpac. Based in Kolkata, India, Nandini also holds a Masters in Applied Geology.