The creation of solid models is an essential part of mining geology. A good solid model not only ensures precision in the estimation of resources, but also helps to plan the mine more effectively.

GEOVIA Surpac is a great tool for the mining industry, especially for resource geologists and mine planners. When it comes to solid modeling in Surpac, there are various techniques of triangulations, of which the most popular and commonly used method is creating solids by joining segments from multiple sections. This is certainly a very good choice.

In some scenarios, for example when the ore body is folded, the models produced utilizing this method may not be suitable. This blog details an alternative approach to fine-tune the solid model in Surpac, shown with some very simple imaginary data.

In this example, 8 inclined boreholes have been drilled targeting a folded ore body. The ore intercepts are shown in red in Fig – 1. 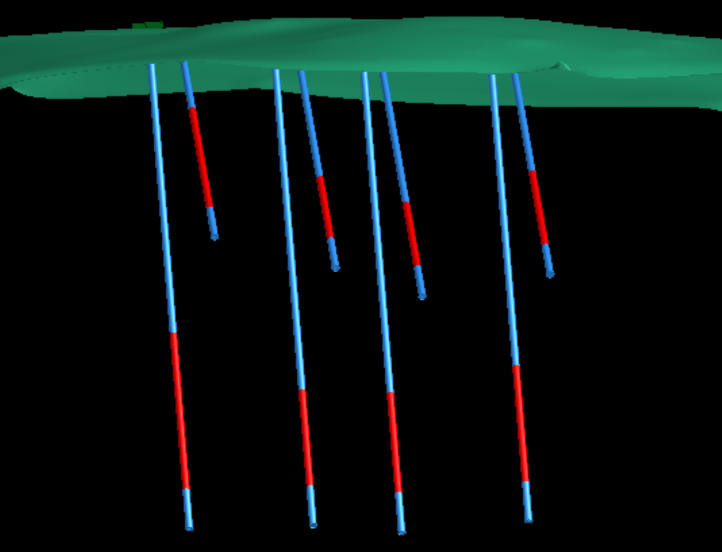 STEP 1 | Four vertical sections are created with two boreholes lying on each section. The outline of the ore body is digitized in all four sections based on the intercepts of the boreholes (Fig – 2 & Fig – 3). 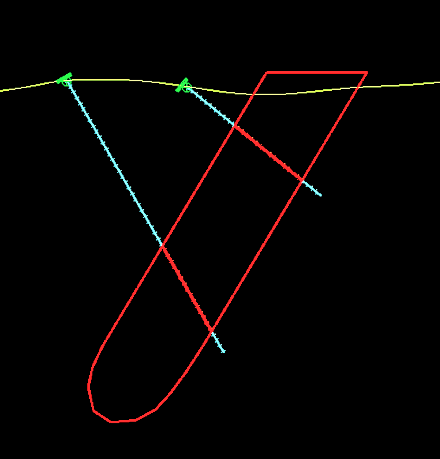 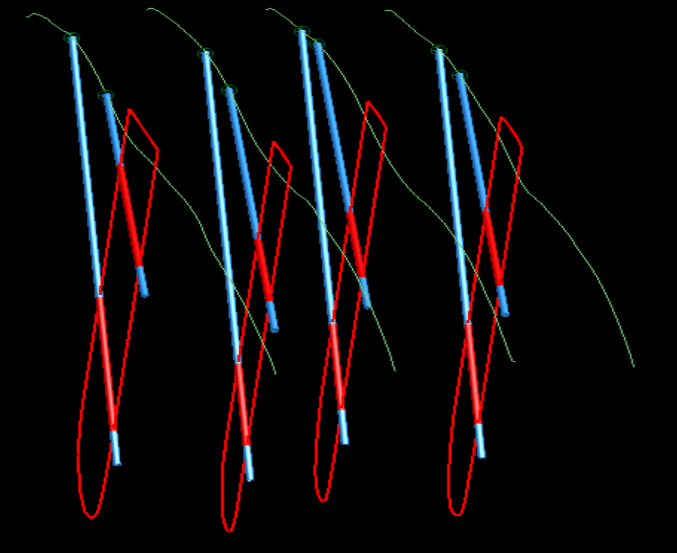 STEP 2 | These ore outline strings form all four sections are combined in a single string file (sections.str). Boreholes are removed from the display. (Fig – 4) 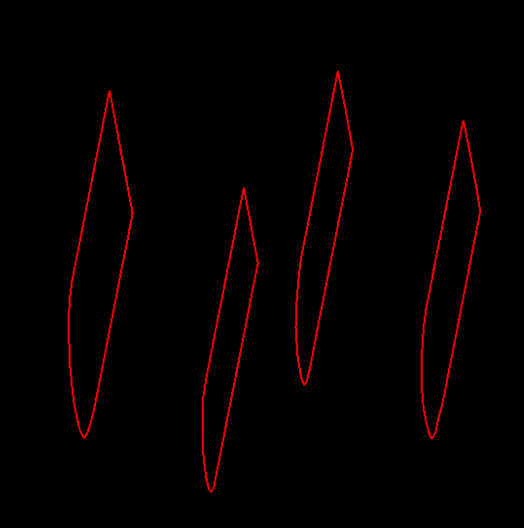 STEP 3 | From this string file a solid model is prepared by joining the segments (Fig – 5). 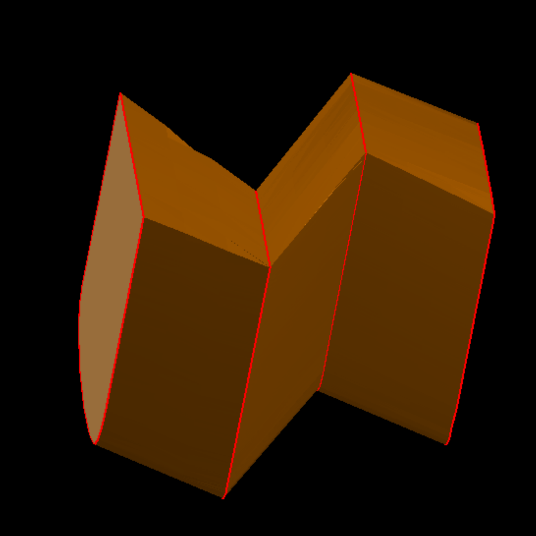 To show the continuity of the ore, the solid is stretched to a certain length at the ends (Fig – 6). This solid is named as solid-1.dtm. 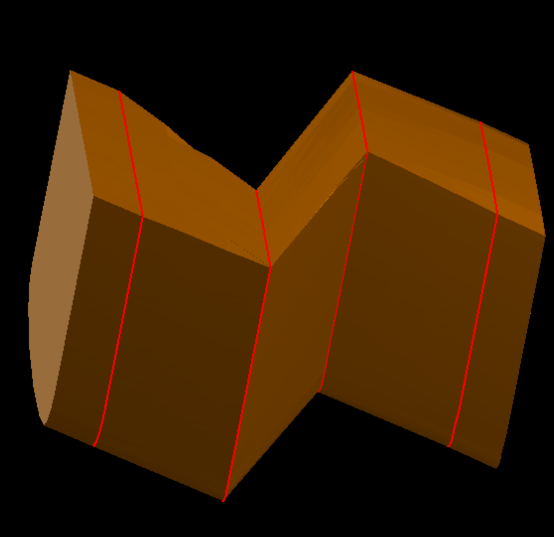 Now we see the solid (solid-1.dtm) appears to be folded with a very sharp hinge, which seems quite unusual, unless there is a clear evidence of such structure (like chevron folding). In this example we will presume that the orebody is close folded with sub-rounded hinge. So, there is an effort in the next steps to fine-tune the solid model and get a shape as desired.

STEP 4 | solid-1.dtm is kept hidden in the graphics window.

The string line display is thickened to 6 for sections.str (Fig – 8). 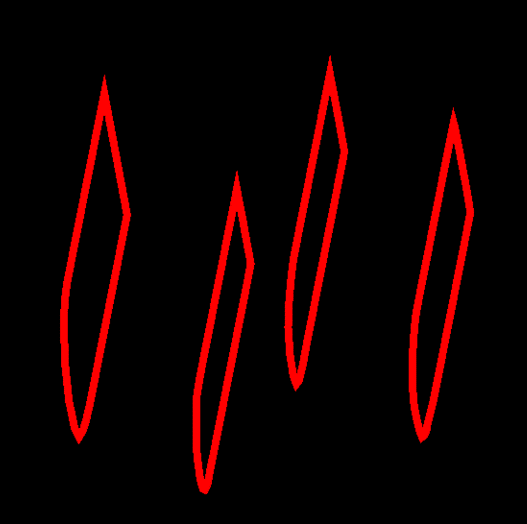 STEP 5 | Few horizontal plans are created with close spacing, across the vertical span of the ore body. Here, this solid-1 is extended between 154m elevation at the top to (-) 425m at the bottom in vertical direction.

The plans are thus created from 100 m to -400 m with an interval of 100 m and two additional plans has been created at 150 m and (-)425 m elevation to capture the structure at top and bottom. So total 8 plans are created.

The spacing between the plans may vary as needed. The influences of the plans are kept very low on both upper and lower side (Fig – 9). 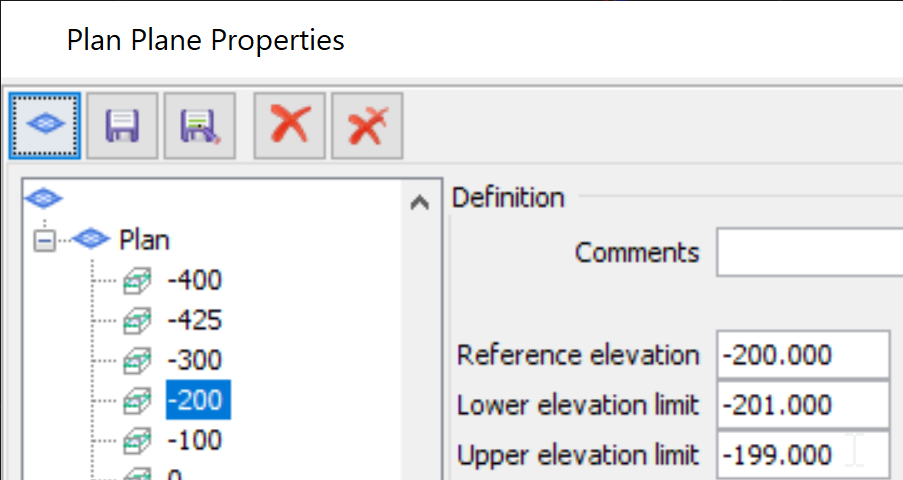 STEP 6 | Solid-1.dtm is made visible on the graphics window.

On each of these plans the trace of the solid-1.dtm is now visible as polygon whereas, the sections.str is visible as some points (Fig- 12).

In the next step we will use these points as control points for further digitization. 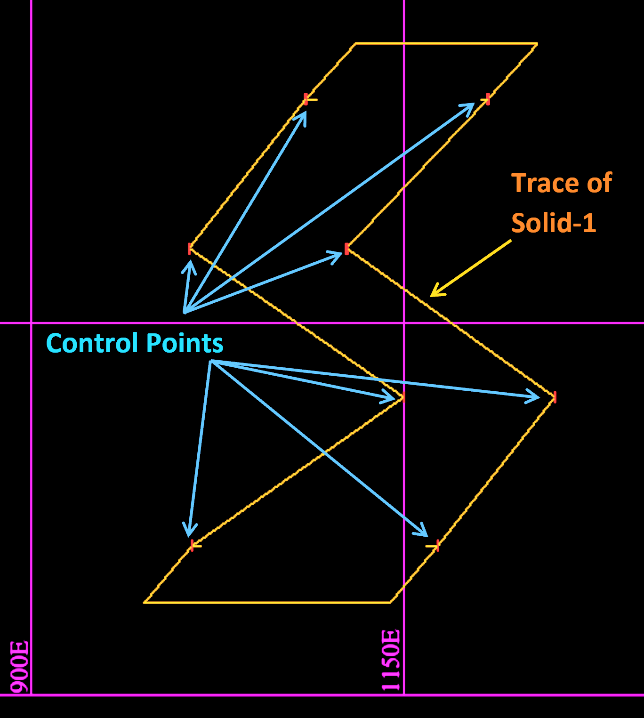 STEP 8 | On each plan the ore body is further digitized in a separate string file (Fig – 13).

The string lines (displayed in blue color) must pass through the control points (trace of sections.str) and the shape of the strings will be guided by the trace of solid-1.dtm, not necessarily followed exactly but digitized with the desired shape of open sub-rounded folding. 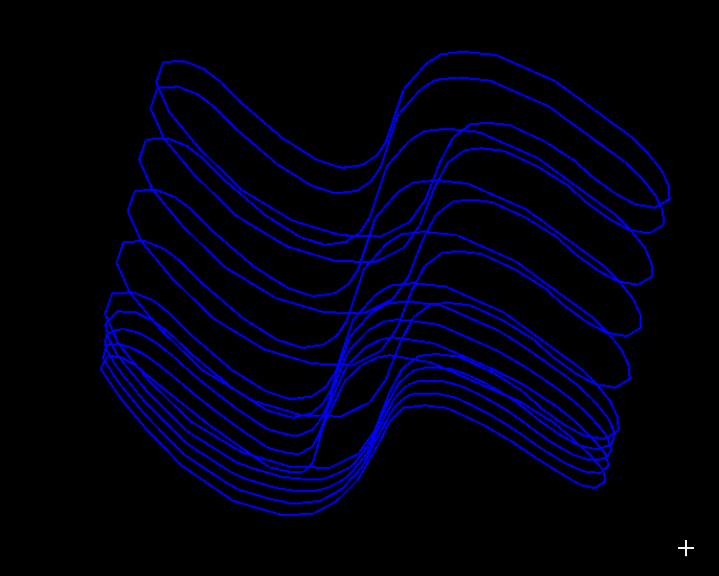 STEP 10 | Finally, all segments from plans.str are joined to model another solid named solid-2.dtm (Fig. – 15). 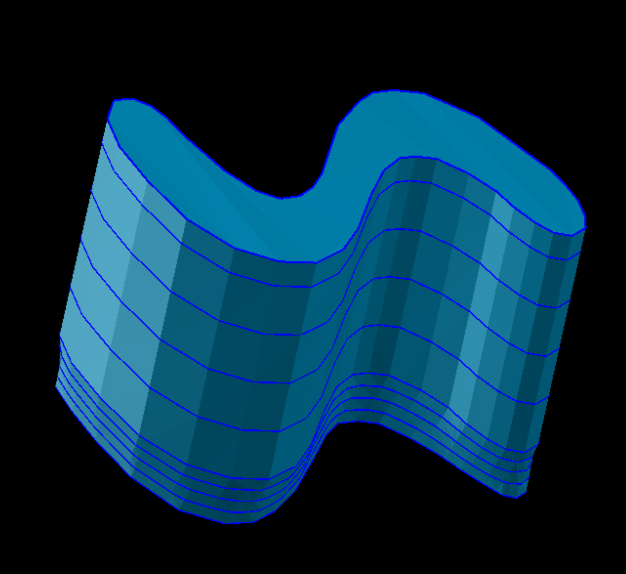 Now we see, this solid looks much natural than the earlier solid. 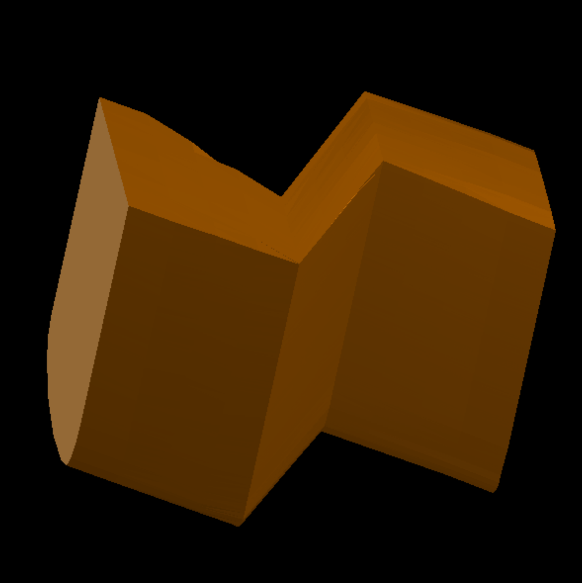 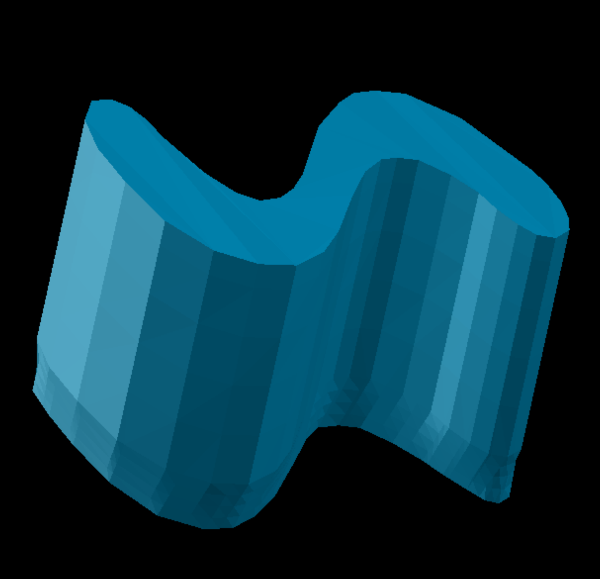 Well, this is a simple example of modelling smoother solids with lot more flexibility.

More complications may arise while dealing with real data and those issues can be resolved in case-specific approaches.