Discover, Model and Harness our Natural and Urban Environments

Due to the limitation of the mining process in opencast mines, thin coal seams that are below the desired level of seam thickness for mining sometimes cannot be mined and the volume of that coal is considered as waste volume.

The Process to calculate the waste volume is defined below:

Once pit design and reserve database reparation is complete, report the Coal and waste volume for all the seams irrespective of seam thickness. 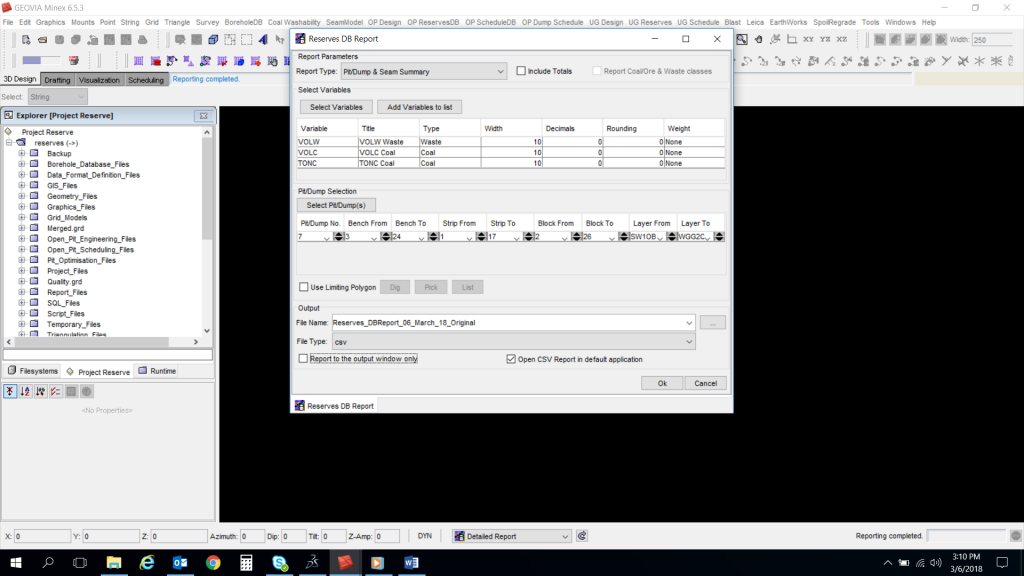 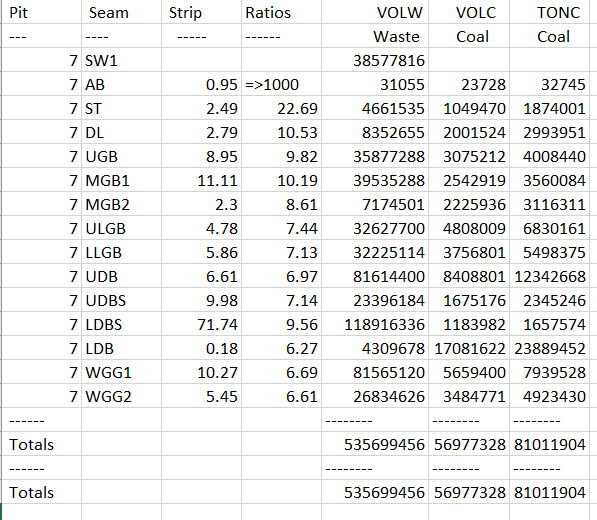 Now we need to mark the areas in the seam thickness grid, below and above the threshold value of seam thickness for mining, let’s say 0.5m in this case. Sql is the tool to utilize here. 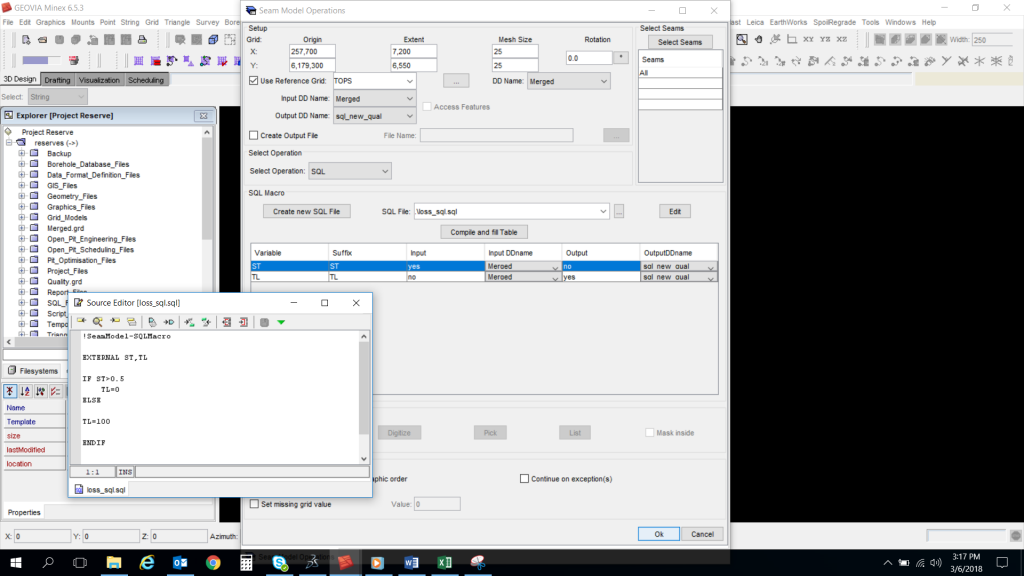 The newly generated grids with suffix TL are now the inputs for the thickness consideration of the coal seam to calculate total waste volume. 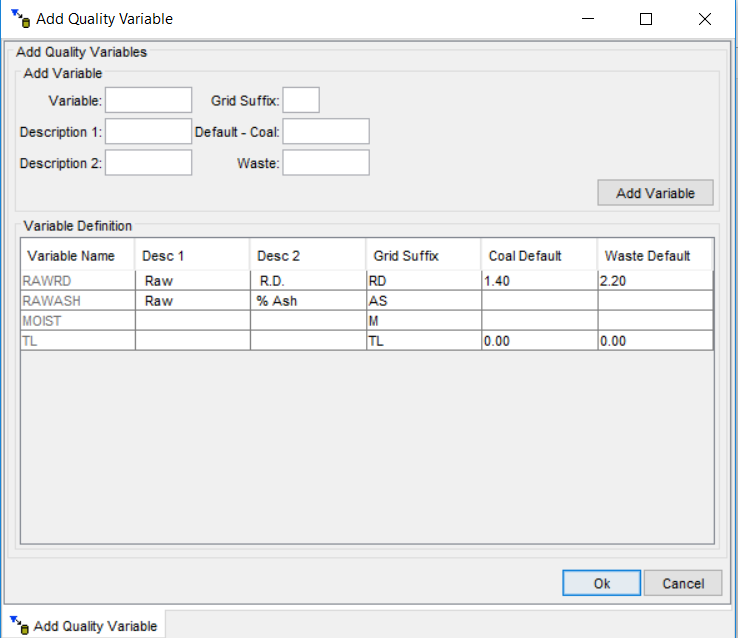 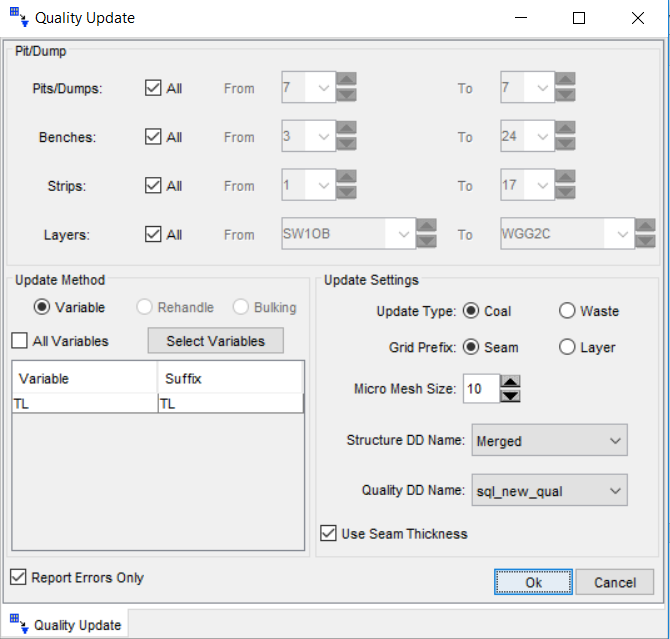 Once the quality is updated with the new “TL” grid, the final step is for the seam dilution to be adjusted in-line with this new variable “TL” as top or bottom loss variable. The coal volume of a seam thickness less than 0.5m can then be considered as waste only. 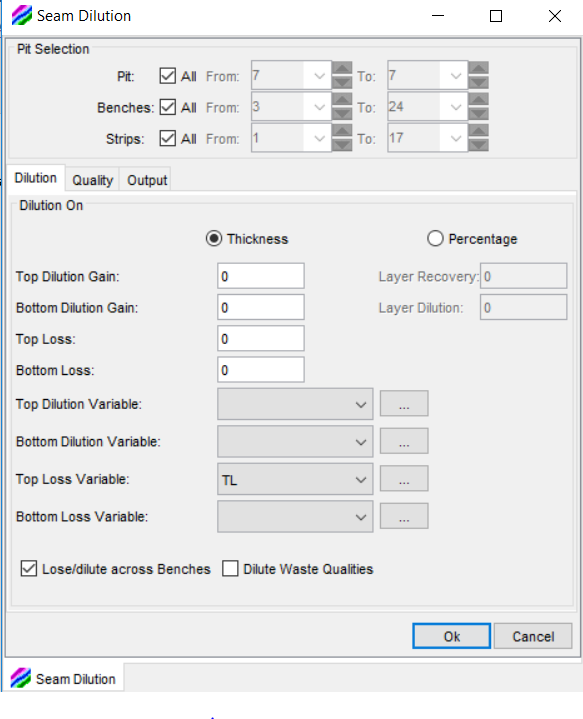 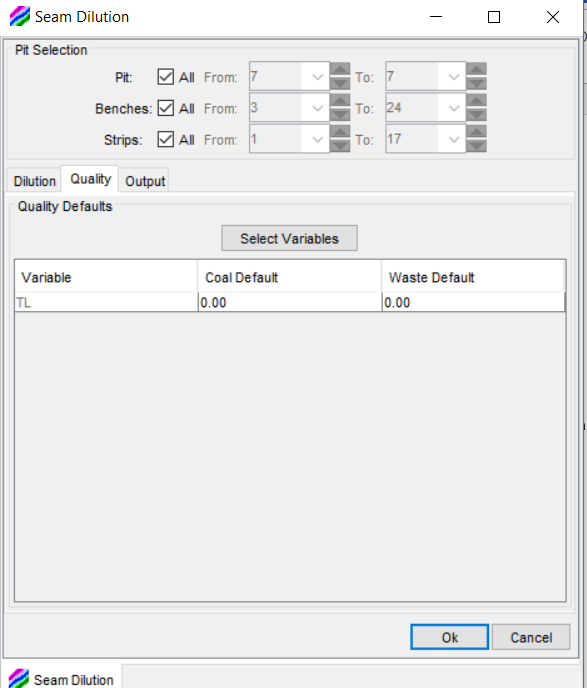 Once this is done, by reporting the reserve again, the report will show as follows: 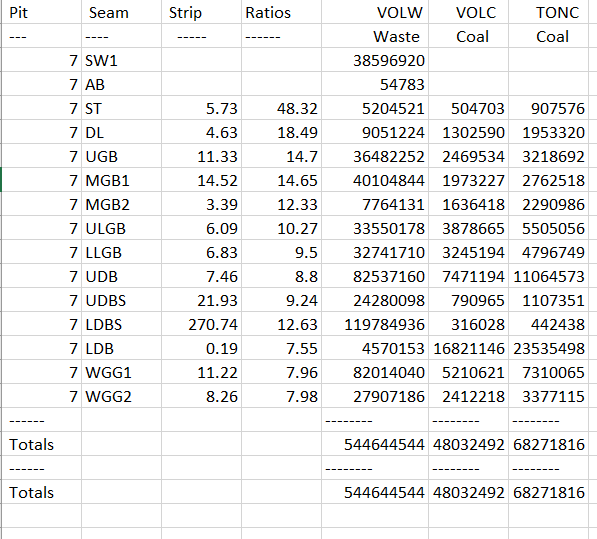 Now by comparing the output reports generated in step 1 and step 4, the difference of the coal and waste volumes are as shown below:

The Volume reduced from Coal has been added with waste with only 0.003% variation of volume adjustment.

Mining Knowledge Consultant, GEOVIA at Dassault Systèmes
Nandini is a geologist with more than 10 years of experience in Mining and Engineering Geology. Previously a GEOVIA software user for more than 8 years, Nandini is highly experienced in the preparation of exploration reports for coal and iron ore. Her key areas of expertise are GEOVIA Minex and Surpac. Based in Kolkata, India, Nandini also holds a Masters in Applied Geology.