Earlier this week, at the Ace Hotel in New York City, the world’s 1st fully articulated “3D Printed Gown” was revealed. The dress was designed (on an iPad!) by designer Michael Schmidt & architect Francis Bitonti and 3D printed in hardened powdered Nylon by Shapeways for burlesque icon Dita Von Teese. 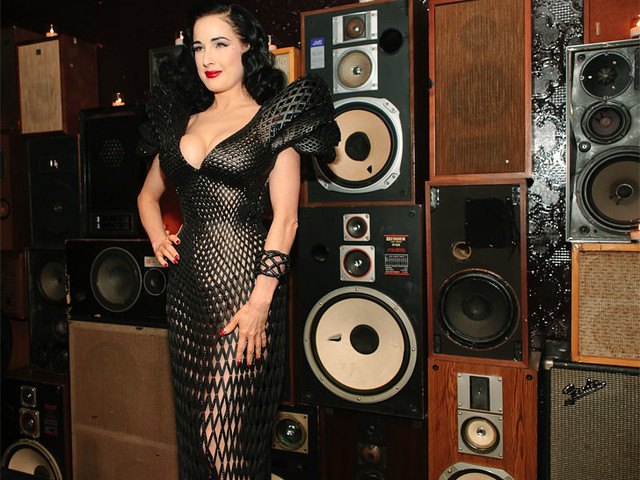 All the made to measure components were 3D printed to fit Dita von Teese’s body. The Fibonacci sequence inspired mesh components, created in collaboration with Shapeways, consists of thousands of individual nylon components. Dyed black, lacquered and adorned with more than 13,000 Swarovski crystals, the fully articulated gown was assembled from 17 pieces made of this mesh. The hollow components of the dress allow it to remain light weight at 11.5 lbs. 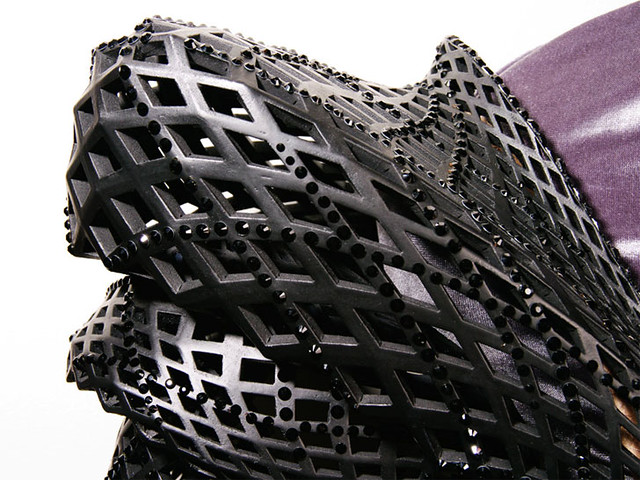 Something you would want to see more of?

The inspiration and technology behind this articulated 3D printed gown is in the mood of the time. The material properties used for 3D printing already changed and will develop to produce more fine, flexible textures we will see more and more on the catwalks. 3D printing makes its debut in haute couture and art but as we have seen with Iris von Herpen or Nike, we will see more and more 3D printing elements into the world of clothing and fashion until it becomes ubiquitous. 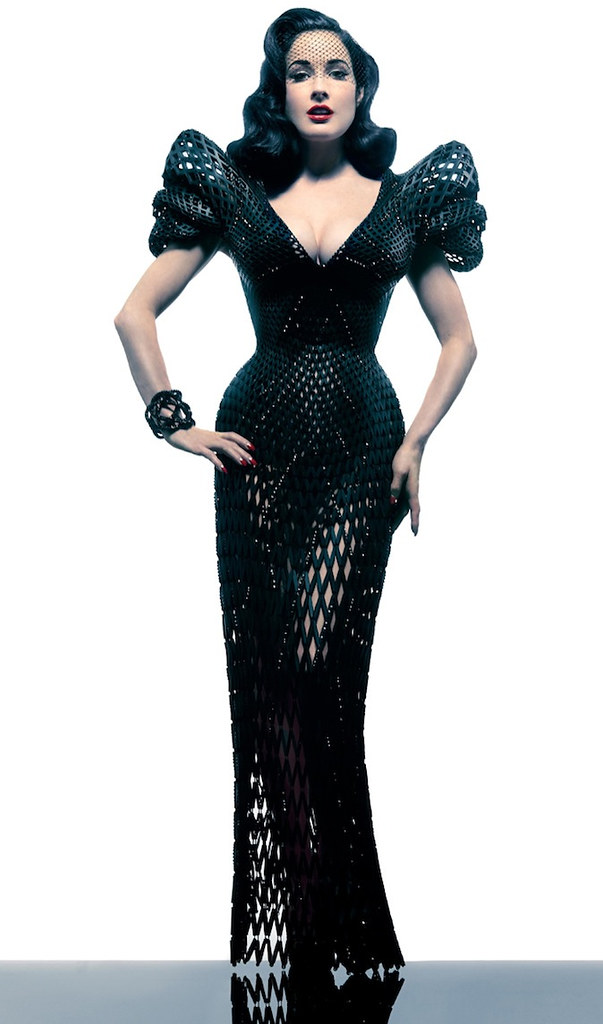