The Director of the FashionLab, Jérôme Bergeret, brought his vision of « The luxury sector as pacesetter, the customer as prescriber” during a roundtable composed of industry experts among which Eric Briones, Planning Director at Publicis EtNous, Julie El Ghouzzi, Director of the Centre du Luxe et de la Création, Rachel Marouani, President of FRED Jewelry, Arnaud Ribault, Marketing Director for the DS brand and Stéphane Truchi, President of governance for the IFOP. 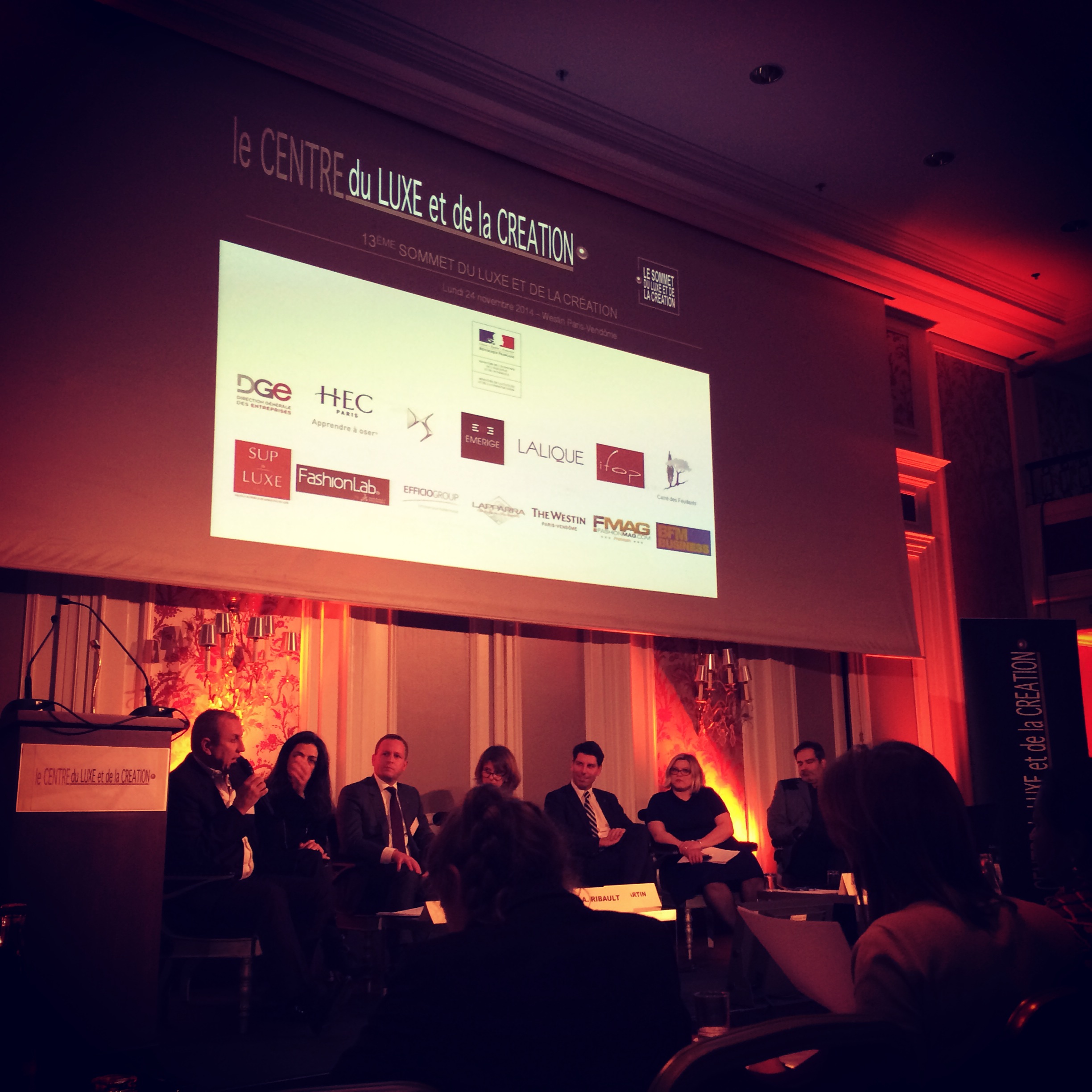 Bergeret’s message was about how technology, through 3D Digital, can answer some of the challenges that the luxury industry is facing, especially with the high quality standards and the growing level of expectations from the consumers.

The goal of this roundtable was to discuss the internationalization of luxury in the near future. To do so, they identified the attractiveness of the sector as far as geography goes for markets such as China, Brazil and India. Thanks to this collective brainstorm, the audience traveled throughout different continents.
The discussion helped highlighting some notable trends, specific to this new decade: first, in terms of customers’ expectations (more demanding, more concerned), but also in terms of globalization in a digital era.

Led by Jacques Carles, president of the Centre du Luxe et de la Création, the Sommet ended-up with the expected Talents ceremony. Indeed, the Centre aims to reward the best creators from independent studios, firms or luxury companies, emphasizing their creativity and craftsmanship. This year, up to 15 candidates received a prize based on their excellence in perfumery, embroidery, architecture, gastronomy, watch-making and couture.