After having collaborated with various luxury fashion houses for ten years, Julien Fournié has established his own in 2009. It carries his name.

Creative Director at Torrente Haute Couture until 2004, Julien Fournié has also enlarged his experience by advising several ready-to-wear and luxury accessories brands in France as well as abroad. Before getting the position at Torrente, he  had also collaborated with several Paris-based houses as a designer or assistant designer, within the studios of Jean Paul Gaultier and Claude Montana, among other names. A graduate of the Ecole de la Chambre Syndicale de la Couture Parisienne and the prize-winner of the Moët & Chandon Award in 2000, he resolved, after his last experience at Ramosport, to create and develop his own high fashion brand. Conceiving fashion as part of a wider design universe, he is basing all of his strategic developments around the laboratory of Paris Couture, its know-how, its need to define new aesthetics.

Award-winner of the 2010 Grand Prize of Creativity delivered by the City of Paris, numerous personalities in the avant-garde have already adopted his style in the pages of edgy magazines, on their calendar or for the red carpet at the Cannes Film Festival: Ebony Bones, Cheryl Cole, Gabriella Wright, Nicole Sherzinger, Beyonce to mention but a few. The four collections and runway shows he has produced so far under his name have expressed original visions of elegance. Their quality was acknowledged by the Chambre Syndicale de la Couture Parisienne (France’s fashion governing body), which has granted Julien Fournié  the title of “guest member” in the official calendar of Paris Couture since November 2010.

Garments created by Julien Fournié seem thought out  at first to caress the skin delicately. Hand-painted dresses, sheaths embroidered with light feathers or strips of fur express a style language prone to create emotions. Folds, anatomical cuts and drapes compose an ode to femininity, in each of the sensuous silhouettes Julien Fournié composes. The woman emerging from them assumes herself, claims her point of view and considers herself free to express her present mood. 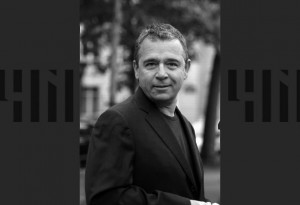 Know More
François created the 4N watch brand in 2009. As an independent designer since 1986, he has designed

Latest Posts from the Stylist