According to anonymous sources who spoke with the New York Times last Thursday, Google is working on a partnership with Warby Parker, a two years old hipster eyeglass company well known for its fancy and fairly priced goods as well as for its nice “buy a pair, give a pair” business model (for every pair of frames purchased, the company provides another one to someone in need). The New York based Warby Parker company is often considered as a tech startup because, although it has showrooms around the USA, it only conducts sales online and offers a clever system that allows customers to virtually try on glasses. 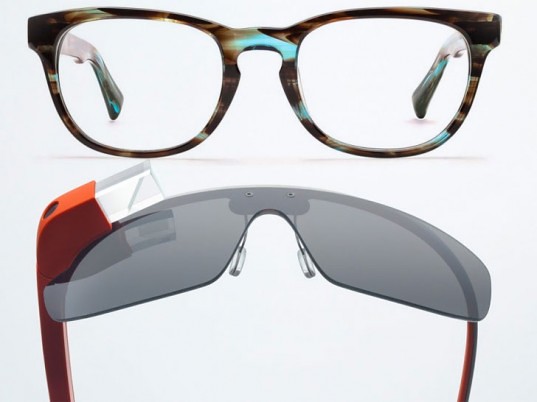 The aim of this collaboration between the giant Google and the small eyeglass startup is to design “more-fashionable frames” for the not yet on sale but already superfamous “Google Glass” headset in order to reinforce its accessory positioning. Unveiled earlier last year, the Google headset made was introduced to the fashionistas during the 2012 September New York Fashion Week when models wore colored versions at Diane von Furstenberg’s runway show.