A billboard with real T-shirts hanging from it

To celebrate its new line of redesigned tees, Gap has placed a billboard in SoHo on Lafayette Street with real       T-shirts from the 2012 summer collection hanging from it. With the rainy days we had in new York City the past few weeks, this ad campain is the best way to prove the tees can handle several cycles in the washer! 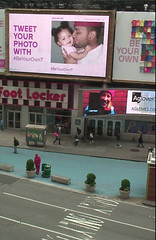 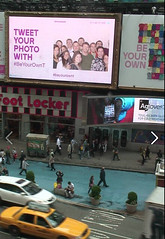 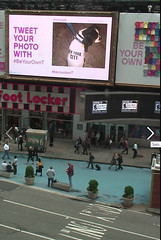 The gap NYC campain continues midtown on Times Square giant billboards. The American retailer invites its fans to tweet photos of themselves with the hashtag #BeYourOwnT for the chance to have their picture dispayed on the most famous walls of the world! 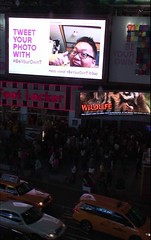 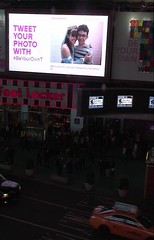 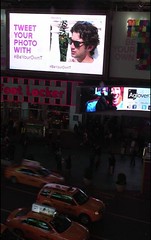