WOVEN break down the ever softening boundaries between the virtual and the physical real world. 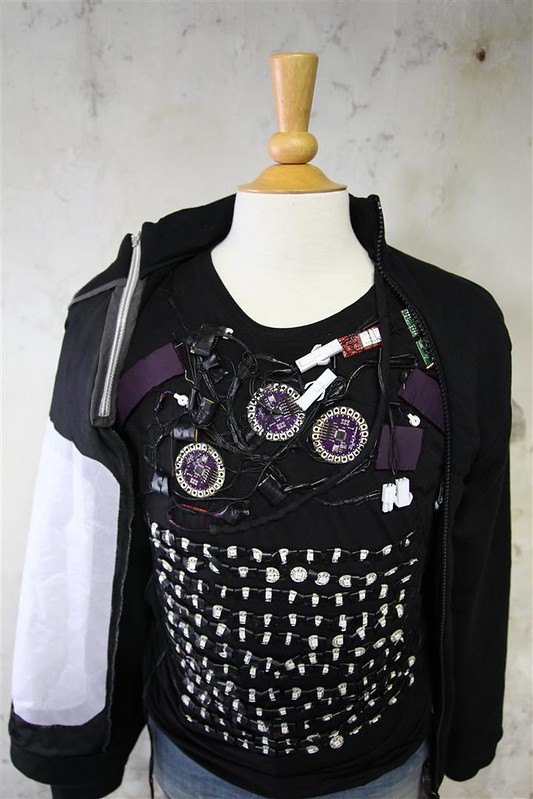 A sweater and a pair of jean loaded with technology

The E-wearable gaming platform consists of a sweater and a pair of jeans. The heart of the woven are the three Arduino Lilypad boards. Speakers, shake motors, and a LiPo battery completed the tech outfit. The plateform is connected via bluetooth to a mobile phone which runs an app, controlling bend sensors and heart rate sensors and a 144 RGB LED display. 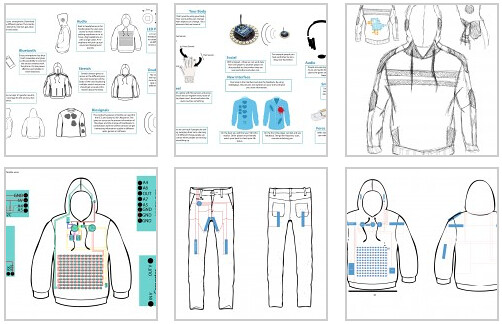 To demonstrate the potential and wide variety of uses of the e-Wearable platform, the two designers worked with experts to create a game named Spooky that lets the player experience the world of ghosts, and can only be played using the WOVEN, blurring the interaction between the digital and physical life. The game uses gamer body and heart rate and gives auditory and haptic feedback…

Check out the e-Wearable Platform for more!