As announced previously in this note, FashionLab attended the Digital Innovation Summit, hold for the 6th edition in the Espace Pierre Cardin in Paris.

Jérôme Bergeret introduced the work of FashionLab during a 30-minute roundtable about Open innovation, on stage with François Marion (Valeo), Nicolas Diacono (Echangeur by Laser) and Minh Q. Tran (AXA Seed Factory). According to him, 3D Digital fosters open innovation and crowd-creativity. He also recalled the concept of Human2Human and Creator2Consumer, explaining that “introducing 3D in the early stage of the creative cycle enables to save the designer’s creativity and spontaneity”. 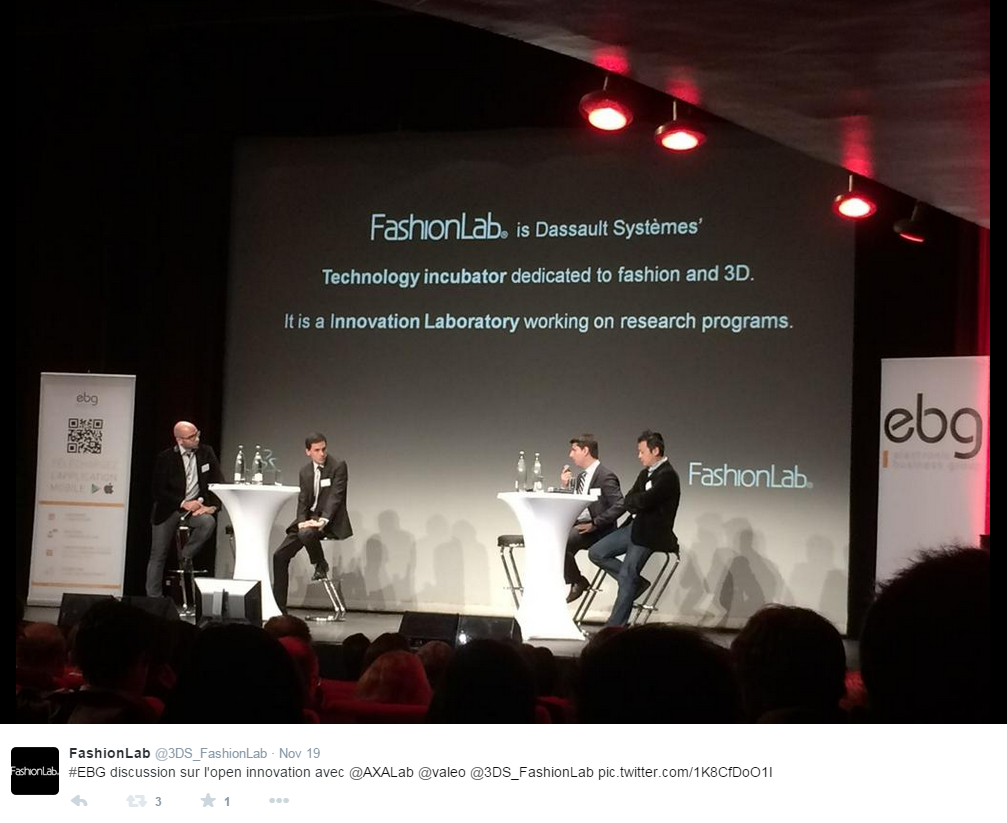 The event hosted close to 800 professionals, among which essentially C-levels and innovation directors coming from the industries of energy and digital. The goal of this large scale event was to capture the best of French big companies and start-ups. Thanks to this incredibly large panel, EBG proposed several keynotes and roundtables during the day, in order to depict the future digital trends as well as their impact on the environment.

This conference was the best occasion for the Electronic Business Group to reward the most disruptive start-ups in France. This year, the top 10 of this ranking encompassed: The Assets, Mediabong, Tok Tok Tok, VirtualScale, Vigiglobe, Predicsis, Algolia, Yseop, Fitle and Opendatasoft. By offering outstanding services that go beyond existing rules, those companies shake up the economy in various sectors.

The Digital Innovation Summit promotes all things digital to face the future of any industry as well as to answer the concerns of sustainable development. 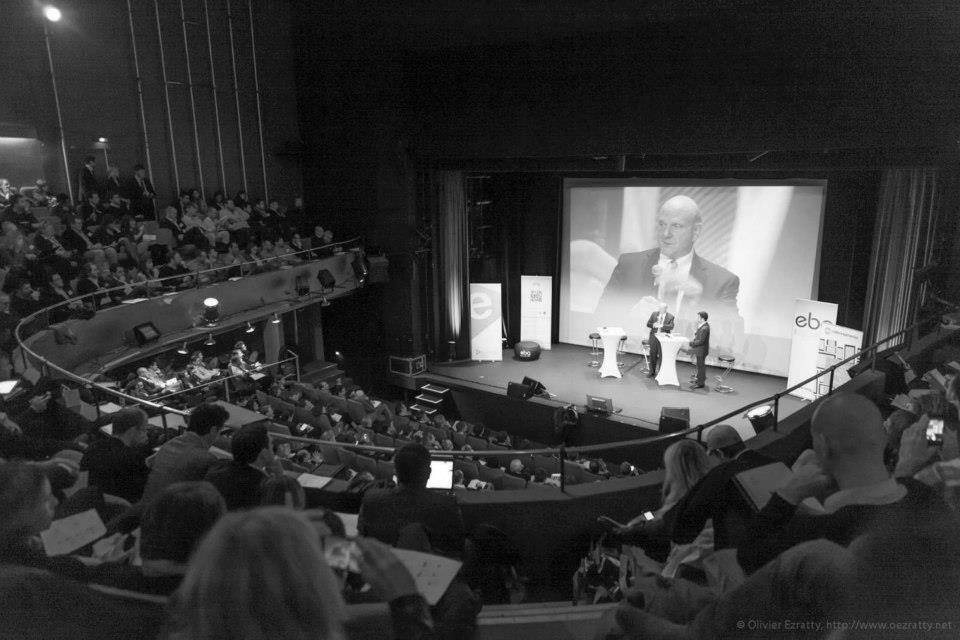 About EBG: Founded in 1998 by François-Henri Pinault and Pierre Reboul, The Electronic Business Group is a network of 660 companies and 120,000 professionals, coming together in 190 meetings and conferences during the year from its global offices in Brussels, Beijing, New York and San Francisco.