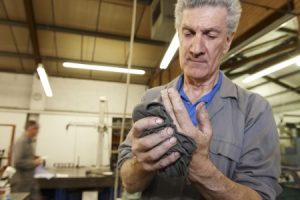 We have all read much about how the Baby Boomers impacted consumption patterns. Just as one example, according to Census data, this demographic is credited with driving up the average home size every decade following WWII to a peak 2,521 square feet in 2007, at which point it began falling.

As we look at today’s manufacturing staffing challenges and the future market potential for new product introduction, global demographic trends will play an important role in what our future will look like. Those manufacturers not tuned into this trend might be adversely affected and surprised, so I thought a review of what these trends currently point to might be of some interest.

Based on United Nations projections, for the first time since 1950, the combined global working-age population will decline this year. Further, our global population of workers will shrink by 5% by 2050. This trend isn’t just impacting developed countries – it will impact every country, including China and Russia. Compounding this demographic trend is the fact that simultaneously, the share of these countries’ population over 65 will significantly increase.

What do these demographic insights mean? The hurdles manufacturer’s face today to find skilled labor isn’t likely to go away soon – instead, things might actually get worse in the years ahead!

Compounding matters further, not only is there forecast to be a reduction of the global work force, but the proportion of our population aged 65+ will expand, changing buying patterns.

Consumption habits change as people age. Younger households spend more on homes, cars and their children’s education. For the typical American between 35 and 44, 8% of total consumption goes toward mortgage interest, compared with just 3.6% for someone over 65. By contrast, the typical over-65-year-old devotes 13% of total spending to health care, compared with 6% for a 35- to 44-year-old.

Look at the construction industry as an example. This industry is simultaneously suffering from shrinking demand – homeownership rates are declining – and from labor shortages, as the baby boomers retire.

According to an article in the Wall Street Journal, another example is Peltram Plumbing in Auburn, Washington. Karel Peltram, the owner, has about 100 employees, which is down from the market peak in 2007. Nonetheless, he is short workers. Three have recently retired, and three more are approaching retirement, including his estimator for multifamily units. “I’m going to have a hard time replacing him. I just don’t have anyone available with that knowledge yet,” he says.

Perhaps the investment in automation and IT solutions as part of today’s digital transformation might be a smarter move than previously considered? Such a strategy can boost worker productivity and support the burgeoning ranks of the elderly. A transformation of factory work activities from managing production processes from a computer can be more readily done by an older worker vs. more manual tasks that are better suited to a younger worker.

Assumptions about aging need to change. The typical 65-year-old today is roughly as healthy as a 58-year-old was four decades ago. This change, coupled with the fact that an increasing number of folks can’t afford to retire as soon as the last generation, might be a compelling case for the average age of retirement to be extended so people can work longer. This is already occurring in Japan where 22% of those over 65 are employed, compared with 18% in the U.S.

At an individual country level, another way to address worker shortages is to boost immigration. Obviously, this won’t help at a global level. That is, unless we are visited by an alien race eager to work in our factories. J

The countries with high fertility are mostly in Africa and Asia. In 2050 India will be the world’s most populous country, Nigeria will be third and Indonesia fifth, according to the U.N. Most, though, will still be poor. Indeed, low-income countries will make up 14% of the world’s population in 2050, compared with 9% now. These are, therefore, the countries that are likeliest to provide immigrants.

Manufacturers needing to fill all their vacancies are likely to come to the conclusion that they will need to adapt to better attract an older workforce. In 2007, the German car maker BMW AG redesigned a gearbox production line to fit the older profile of workers it expected in 2017 (source). Among the changes: wooden floors and special shoes to ease joint strain; flexible magnifying glasses for working with small parts; and larger typefaces on computer screens. The changes brought the productivity of older workers up to that of younger workers at minimal cost and have since been applied across the company.

Indeed, several studies have found that older workers are as, and often more, productive than their younger colleagues. And, who knows, there might just be a few more benefits that could be captured as part of this demographic transformation. The younger workers may have more stamina to work longer hours with greater manual labor. But older workers might be able to teach a trick or two on how to work a little smarter, having learned a few shortcuts along their life’s journey.

If you liked this article, here are others you might also find interesting: