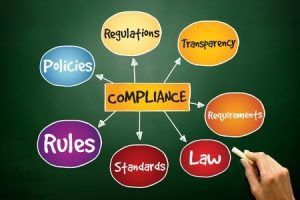 The pace of technological change today means that opportunity for gains in operational efficiency in the manufacturing process are ever-present. For most industries, this is good news. When innovation can be assimilated into the production process with ease, end users benefit from incremental product improvement. When it comes to medical devices, however, the upward curve of technology is a double-edged sword.

Compliance processes for medical device manufacturing are strict, and it doesn’t take a brain surgeon to figure out why. When people’s lives are on the line, the proper checks and balances need to be in place. In particular, when a brand new product is undergoing tests, the strictest of measures should be taken to ensure that the device is up to par, and that it doesn’t pose a danger to the health of future users.

Too Much of a Good Thing?

Many now believe that medical device regulation might have reached the point where innovation and new product introduction is now being impeded, with compliance making up 25-35 per cent of the cost of goods. The more established players in the industry have traditionally relied upon startups and smaller companies to drive innovation. But economies of scale, combined with the financial burden of testing and validation, mean smaller and more agile companies simply no longer have the means to lead the innovation push given today’s regulatory compliance burden.

Recent figures from the National Association of Manufacturers (NAM) serve to highlight just how onerous the burden is on smaller companies. The average US Company pays $9,991 per employee per year to comply with federal regulations. The average manufacturer pays almost double, at $19,564 per employee per year. Worse again, small manufacturers, or those with fewer than 50 employees, incur a regulatory cost of $34,671 per employee every year – more than three times the cost borne by the average US company. When we take into consideration the increased regulatory burden that comes with operating in the medical sector, it’s no wonder that small players are being marginalised and innovation is being stifled.

The amount of time and money absorbed by the process means that once verification is achieved, there is a disincentive to seek further innovation. The investment required to alter the process and maintain validation can be substantial. Companies become risk averse to rocking the boat and exploring new methods in the production process. So although the technology these companies are developing is at the cutting edge of science, the approach to compliance is often still stuck in the 20th century.

A New Approach is Needed

The above referenced aversion to innovation extends to the processes used for compliance. Medical Device manufacturers still predominantly rely on paper-based processes. Although the benefits of more refined solutions are commonly known, there is an underlying reluctance to change, stemming largely from the culture that now exists at these organizations – as a shadow that overregulation has cast across the industry. For the most part, the attitude is ‘If it ain’t broke, don’t fix it.’ While this old adage certainly has its place, should that place be at the cutting edge of medical science?

To add to the woes outlined above, in the US, 2013 saw the introduction of an incremental 2.3 per cent medical device excise tax, part of the Affordable Care Act passed in 2010. Excise taxes are generally levied on harmful activities such as alcohol consumption and smoking, not innovation with the potential to save lives. Some might argue that 2.3 per cent is not a big amount. But, when you are a startup and not yet profitable, every margin point counts.