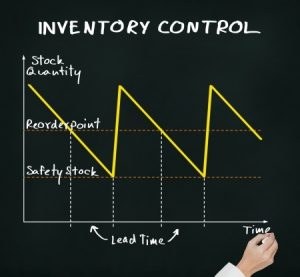 Most large manufacturers today have established Lean or Six Sigma programs for their own operations. It’s practically a requirement to be competitive.

But the line between a manufacturer’s “own” operations, and those of its partners, is getting fuzzier all the time. With today’s increasingly connected supply chains, demand-driven supply networks, and global operations, it only makes sense that big opportunities for performance improvement and cost reduction might be out there in the supply chain, just waiting to be discovered.

The benefits of a Lean supply chain might be a good thing – or might not, depending upon your perspective. But is it realistic? Considering that Lean and Six Sigma programs are all about consistency and control, and involve cultural and operational transformation, can a manufacturer really expect to extend these practices outside of its own organization? And, at what cost?

A new report from Gartner, “Transform Your Supply Chain to Become Demand-Driven,” cautions that creating a Lean supply chain is a journey, and won’t be easy. The authors write, “Companies striving to become demand-driven must recognize that functional integration is a prerequisite — and that it is extremely difficult to achieve. Fewer than 10% of companies that have assessed their supply chain maturity, rate it as integrated.”

Nevertheless, Gartner recommends enterprises pursue the goal, and many are starting to do just that.

A recent article in Industry Week called “Lean into the Supply Chain” describes several examples of global manufacturers who have taken up the challenge, some with striking success:

Supporting and enabling all these efforts, of course, is ever-advancing technology that makes it possible for more and more people and operations to communicate and synchronize. As Paul Myerson, professor of supply chain management at Lehigh University, says in the article, “technology not only enables lean but it can help identify and eliminate waste by substituting information for inventory.”

In other words, success with applying Lean manufacturing methodologies across a distributed global supply chain is heavily dependent upon visibility, control and synchronization of material flows such that as issues present themselves, they can be quickly remedied to avoid potential for large disruptions.

Based on the experience of these companies, it looks like information is a lot cheaper to store and manage than inventory. And, it certainly can be transported far more easily!

What do you think? Is your enterprise ready to “Lean into the supply chain”?