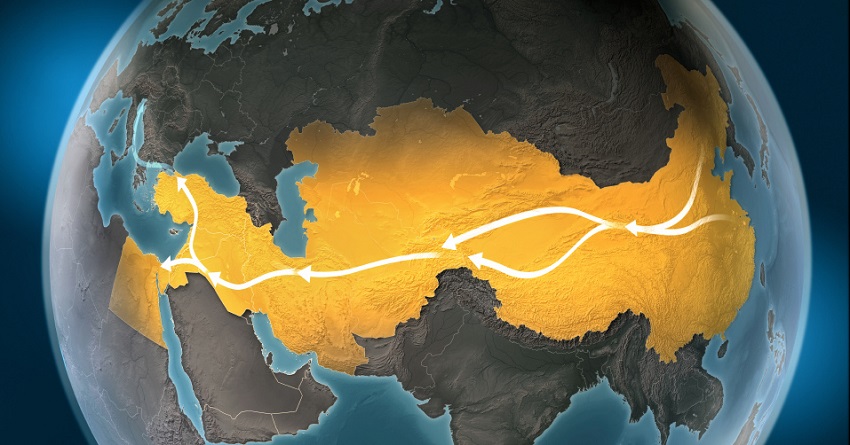 It is big. It is bold. It is talked about. It is … well … complicated. From the distance, it looks like a brave attempt at resuscitating an ancient network of commercial routes known as Silk Road. While there is reason to believe in the importance of land and maritime routes linking China to the countries west of it, there was a reason the Silk Road trade lost significance over time. There was just not enough products being shipped back and forth. Even ancient caravans could not operate fully one way and empty the other. But let’s recognize the planners for the boldness of the idea and figure out how to leverage this initiative for the benefit of modern supply chains.

To the confusion of all interested in this subject, there is nothing singular about the “One Belt One Road” initiative. There were some substantial funds pledged to the concept. Depending on who was counting, somewhere between USD50 and USD150 billion could be made available to construct the “hard” elements of that initiative: Railways, ports, airports, and … Well, what comes after the “and” is not very clear. Would a multi-user logistics center qualify? Would intermodal facilities qualify? Would developing inland waterways qualify? Questions abound.

While the countries, developers, and the construction companies test the waters and work through the application processes, the shippers and their logistics partners need to consider how to weave those new facilities and links into the fabric of their supply logistics networks. Inevitably, capital improvements to the existing facilities will help, but they will not change the game for logistics planning. Most likely, they will alleviate some existing congestion problems, but not much more.

Significantly more promising and beneficial could be construction of new ports, airports and railway links. However, lack of clarity of what constitutes a valuable “One Belt One Road” project risks creating a hodgepodge of new construction – some more valuable than others. For example, should Chinese investment in the ports of Karachi and Pireus qualify as elements of the “One Road” strategy, or are they great commercial opportunities snapped up from sovereign owners at a bargain? A similar question can be asked of Sri Lanka striking a deal with the Fund to construct a new container terminal in Colombo. The facility will add to existing transshipment capacity. Good project for Sri Lanka, but not clear how valuable it is from the logistics network design perspective, as the port is there today and it is already accounted for in the supply chain network designs.

Looking inland, should the announced construction of a high speed rail linking Belgrade and Budapest be considered an element of the “One Belt One Road” initiative? Undoubtedly, the new infrastructure, financed almost entirely by China, will benefit the government of Serbia and Hungary. Hard to say if it is badly needed or highly desired, but the low cost of capital, inexpensive labor and inexpensive Chinese rolling stock are hard to decline. This project, and many others, will benefit from China’s willingness to provide more flexible funding conditions as long as the projects use Chinese equipment and products. Nobody knows the true number of passengers who will benefit from such a connection, but even less clear is the benefit to the logistics networks. The link, if integrated into transit railway networks of Europe and Asia, could offer an alternate routing between the port of Trieste-Belgrade, and enable cost-effective transport of goods between Turkish-Greek ports and Serbia-Central Europe. Equally, it could become a white elephant project with little impact on European freight transport times or costs.

This is my biggest concern about the “One Belt One Road” initiative. What gets constructed and where it is to be constructed may be driven by what is preferred by the Fund. The sovereign investments aimed at general improvements to national infrastructure could be pushing out investments that could be very beneficial to the creation of pan-continental supply networks.

So, what should the shipping and transporting companies do with their networks vis-à-vis the “One Belt One Road” initiative? In the short-term, not much. Current investments are much too point-focused to be of value. In the mid- and long-term, the companies should add new facilities to their network design scenarios. The easiest way is to create a supply chain routing planning scenario (not a simulation), assign expected shipping costs within the planning model, and store it for ongoing comparison with the existing, functioning supply chain scenarios. If this is done using a software capable of storing and comparing multiple supply chain execution scenarios, an alert can be raised to inform the planners when the routes become available for shipments and the economics of the new routing become attractive, as compared to existing routings.

At the strategic level, people responsible for designing and maintaining supply chain networks deserve to know what “One Belt One Road” is going to construct. What will be the sequence of these construction projects? And what will the overall network consist of? All in all, a grand architecture rich in detail, not a four-word slogan with a slush of money behind it.

Found this topic interesting? Leave a comment! I look forward to hearing what you think.