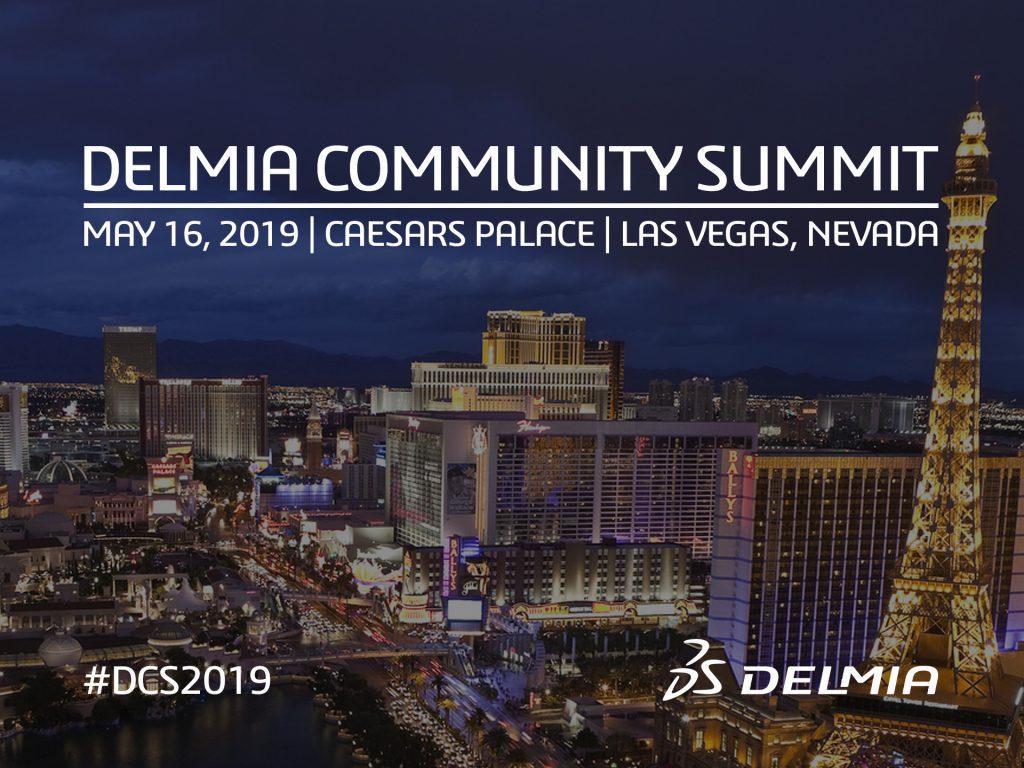 You asked and we listened! We are now expanding our DELMIA Community Summit beyond customers to include those who are interested in learning more. Join us at the DELMIA Community Summit May 16th at Caesars Palace in Las Vegas. This event brings together DELMIA customers, DELMIA technical experts, partners and more for a day of networking, sharing and innovation. Who doesn’t need that? Participating DELMIA customers will get even more immeasurable benefits: the opportunity to knowledge-share and learn how other customers are using DELMIA solutions; the benefits they have achieved; plans for future innovation, and much more. Additionally, you will have the opportunity to experience live solution demos and engage with DELMIA professionals through interactive sessions and networking events.

Need another reason to attend? As you know, a digital experience platform allows manufacturers to visualize and control in the virtual world what cannot be seen in the real world. In fact, our digital experience transforms supply chains into digital value networks and empowers the talents of the workforce of the future by capturing, delivering and re-using knowledge and know-how to enable new categories of sustainable solutions. To keep the pace of the industry, manufacturers need to be faster, more integrated and more agile than ever. Our DELMIA experts will show you how.

Be a part of one of our biggest events and take advantage of the opportunity to network with a plethora of industry influencers. Don’t miss out! Join us for innovative key topics including DELMIA 2019, DELMIA Digital Manufacturing, DELMIA Manufacturing Operations Management, and DELMIA Planning & Optimization.

The DELMIA COMMUNITY SUMMIT will be co-located with the Dassault Systèmes 3DEXPERIENCE FORUM, which will take place May 13-15 at Caesars Palace. Take advantage of these two events to learn how to evolve your company in a global Industry Renaissance.

Check out the agenda and Register today! http://go.3ds.com/AXX

Join our DELMIA Communities on 3DSwYm to connect with DELMIA users and technical experts.

Laura is the DELMIA Advocacy Marketing Director. She has been working for Dassault Systemes for more than 20 years - all with DELMIA.