This is the first of a 2-part series on the implementation of AGVs on the shop floor.

Automated Guided Vehicles (AGVs) have been around in factories as early as the 1950s, where a “driverless vehicle” manufactured by Barrett Electronics, in Illinois, could follow the electromagnetic field of a wire located in the factory ceiling or, later on, embedded in the floor[1].

However, since the acquisition of AGV manufacturer Kiva Systems by Amazon in 2012 and Amazon’s decision to stop sales and use Kiva robots exclusively to improve their logistics, there has been a surge of interest for industrial AGVs. According to a 2017 article from a Loup Ventures analyst, the AGV market could be by 2025 “one of the fastest growing sub-markets within the entire robotics space”, with a Compound Annual Growth Rate of 35% for the 2015-2025 decade.

In this article, we will see what drives companies to use AGVs in their facilities, what needs to be considered when choosing an AGV System (involving a fleet of AGVs) and finally what are the impacts in terms of IT systems.

Today, industrial AGVs are mainly used for material handling within a warehouse or factory or sometimes outdoors. Some typical usages include:

So transportation is the key function. In spite of recent advances in computer vision, object recognition and robot grasping techniques, humans are still usually needed to pick and place individual parts, while pallets are typically transported by AGVs.

An AGV System may bring different benefits listed below.

According to a 2016 regulatory notice from the Occupational Health and Safety Administration (OSHA), forklift accidents result in roughly 85 fatalities and  34,900 serious injuries every year in the United States. When truck manufacturer Scania considered using AGVs for material handling in their production areas, a key objective was to help achieve a forklift-free production, since forklifts were regarded as “one of the most dangerous work equipment at Scania”[2].

Forklift AGVs are the most common type of AGVs and look pretty much like regular forklifts. Some models also have space for humans, allowing to steer the AGV manually when needed. Like all AGVs, they include sensors that ensure that the vehicle slows down or stops when encountering a human or an obstacle. They operate at a controlled, limited speed, accelerate smoothly and have a predictable behavior, thereby limiting accidents[3].

Forklift drivers may be distracted, tired or simply have a bad day. As a result, they may damage products or hit equipment and structures. AGVs of course are more reliable and can work 24 hours a day. Following the introduction of AGVs, Valio, a Finnish producer of dairy products, has managed to reduce damage to vehicles, stock and site by 90% in one of its cheese factories.

If AGVs replace fixed automation systems such as conveyors, they can reduce costs thanks to quicker implementation, staged investment and additional flexibility.

If AGVs replace or relocate employees, they can allow to reduce labor costs and increase productivity. After automating transport routes using a mix of conveyors and AGVs, AMAG Automobil, a car importer and dealer, has optimized its production throughput time by 20 to 30%.

In this article we have addressed several benefits of AGVs including safety and cost reductions. Part 2 of this article will list some key considerations when planning for an AGV system.

[1] The No-Hands train, a 1958 implementation of Barrett Electronics’ invention in a refinery
[2] A State of the Art Map of the AGVS Technology and a Guideline for How and Where to Use It, thesis from Lund University Faculty of Engineering for Scania, 2017
[3] As of August 13, 2018, a Google search of “accident report detail” along with the terms “AGV” or “automated guided vehicle”, and restricted to the OSHA Web site, provided two OSHA fatality reports, dating back from 1997 and 2008. By contrast, a similar search with the term “forklift” resulted in 493 OSHA fatality reports. 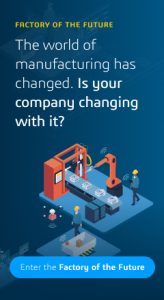