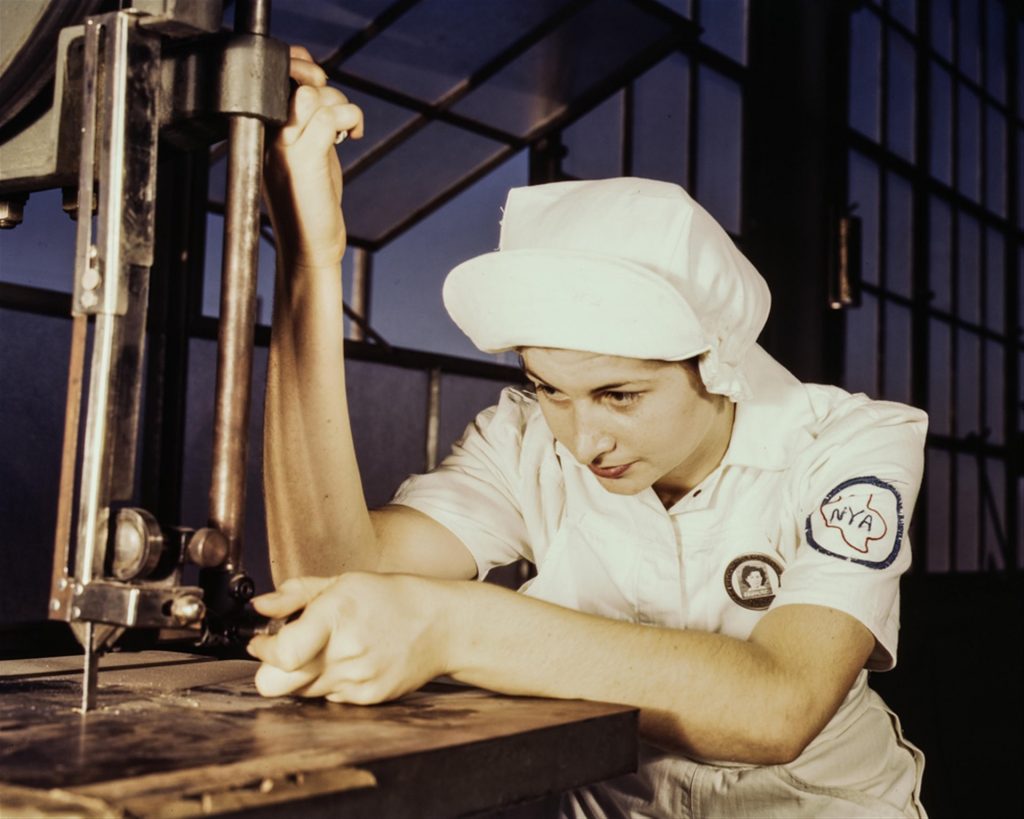 The manufacturing industry is facing tremendous growth over the next decade with close to 3.5 million new jobs opening up. It sounds like great news, but a skills gap—the inability for companies to find talented, skilled workers—will result in an alarming shortfall in which 2.5 million of those jobs will likely remain unfilled.

As the situation stands today, much of the industry’s recruitment and retention tactics are lacking and must change. A new strategy is simply a matter of survival. For manufacturing companies to operate their businesses—and thrive—they will need talented workers to innovate and create growth. It is therefore critical to identify new sources of talent while actively working to solve the industry’s known pitfalls of recruitment and retention.

According to a recent report by Deloitte, hope for the coming skills gap can be found in this under-tapped resource: “With the looming talent shortage facing manufacturing companies, the industry has an opportunity to mitigate the gap by having more women join the ranks of employees in the United States staffing plants, factories, mills, offices, and labs.

There are clear challenges to recruiting and retaining women, however, including outdated perceptions, ongoing pay gaps, and underrepresentation in leadership roles. One idea that persists in manufacturing is that women must work harder than men to prove themselves, and another, that attention to family and personal commitments amount to career risks. Such double standards and skewed expectations of performance can act as a deterrent to those who might consider a career in manufacturing and dampen enthusiasm for women already working in the industry. Furthermore, when female employees perceive that women are underrepresented in executive and leadership roles, a company risks sending a message to its workforce that gender diversity efforts are inauthentic, and unfair gaps such as these are likely to persist.

What do women need to join and stay in manufacturing jobs? Recent surveys indicate that women are looking for interesting and challenging assignments, good pay and work-life balance. When absent, these factors, along with positive relationships at work, are the most likely to drive them to leave their position, and perhaps, leave the manufacturing industry entirely.

Changing perceptions for women, and the industry

Since its inception, WiM has become a powerful force for promoting and inspiring women by engaging them to build leadership skills and offering mentorship and networking opportunities. The organization works collaboratively with corporate sponsors such as Dassault Systèmes to identify effective recruiting and retention strategies that support the need for skilled workers in every job function across the manufacturing sector.

As an active corporate sponsor, Dassault Systèmes has partnered with WiM to help support networking efforts across the US and internationally, providing opportunities for women to engage with mentors who are currently working and thriving in manufacturing industry roles.

Angela Regan, Dassault Systèmes’ Global Director of Business Development for the DELMIA brand, and Susan Lenzi, Director, User Advocacy of the ENOVIA brand are active members of WiM who have represented both the trade organization and their company at many industry events, advancing their mutual interests. “Dassault Systèmes’ involvement in WiM not only creates brand awareness, it also allows us to begin discussions with our customers and prospects on a different level—by working together to promote and support women to build successful careers in manufacturing. And of course, the networking is phenomenal as it affords us the opportunity to meet like-minded manufacturing colleagues.” To illustrate, Regan explained that at the recent Women in Automotive event in Detroit, Michigan, she encountered many of Dassault Systèmes’ existing customers, as well as new contacts.

Regan speaks on behalf of WiM at events such as the North American Manufacturing Excellence Summit (NAMES18), the Association for Manufacturing Excellence (AME) Conference, National Rosie the Riveter Day in Somerville, Massachusetts, and at the recent Women in Automotive event. Lenzi played a key role in developing and launching the WiM Massachusetts chapter, which became official in December 2017. As a result of Regan and Lenzi’s active involvement, they were able to engage WiM President Allison Grealis to be the keynote speaker at Dassault Systèmes’ Additive Manufacturing Symposium, during the Science in the Age of Experience Forum.

“Supporting Women in Manufacturing has opened up many doors as we wear two hats, representing Dassault Systemes and WiM,” said Regan. “Two weeks ago I was in Krakow, Poland attending a manufacturing event at which WiM president Grealis was a presenter. Following the presentation, conversation with event participants continued offline, resulting in several new professional and personal contacts.”

WiM and its sponsors and supporters recognize that a skills gap is indeed on the horizon, and women are a rich, under-utilized source of talented workers. To engage this segment of the workforce, WiM has developed a set of recommendations to address perceived and actual gaps in pay, how to create a family-friendly work environment, and ways to promote leadership roles for women. According to women currently working in manufacturing roles, positive change is already happening.