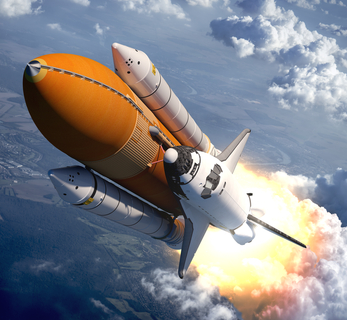 With much fanfare, founder of the Virgin Group Richard Branson unveiled the newest in the Virgin Spaceship (VSS) fleet called the Unity in 2014. This spacecraft is 60 feet long with a wingspan of 42 feet, and it can hold six passengers. Its flight maxes out at MACH 3.5 and it boasts several minutes of zero gravity time. This is just part of Branson’s vision for space tourism, and Virgin Galactic is breaking more than just the orbital barrier to make this dream a reality.

Much of NASA’s technology is old. For economic reasons, it was easier to fit new technology onto existing equipment, even though it was not the most efficient engineering. Working from a clean slate, Virgin Galactic could choose from existing tech and discard the rest. There was no retrofitting. There was only new discovery. The first challenges fell under the category of material science. VSS Unity is 100 percent carbon composites, which makes the vehicle stronger and lighter than metal with a near zero corrosion factor. Virgin isn’t saying much about its composite material, however, because it is proprietary and the result of a large investment in research.

Currently the VSS Unity uses a piggy-backing method to get into the air, much like the NASA shuttles have done in the past; however, the goal is for the craft to take off like a commercial jet, reach orbital or suborbital heights and then land again normally. Traditional jet engines use air that is driven through super-powered fan blades. At lower altitudes, this type of engine works, but at higher altitudes the air thins out, leaving the engine with no thrust. The engine prototypes for suborbital vehicles are hybrid, threefold propulsion systems. They act as a rocket to start, have a low energy propulsion unit to navigate at apogee and a jet to land. All of this equipment needs to be light enough, so the weight-to-power ratio is not thrown off.

Disruptive technologies are those that create an entirely new market. Space tourism is definitely disruptive and the market needs to be developed. There is a psychological component to this modern space race, which can been seen through the excitement over the VSS Unity and the high-profile speakers that were at the unveiling, such as iconic physicist Steven Hawking and Nobel Peace Prize winner Malala Yousafzai. Virgin Galactic is creating a market conversation that includes peace, education and courage as its narrative. In a world where economics drives science, this is the greatest trial of all.

Branson’s vision extends beyond suborbital flight. He wants to go past the 62 mile limit that marks the point between the Earth and space. He plans to place a hotel in orbit over the moon, offer moon walks as a fun outing and shuttle people back and forth at a fraction of the cost. More profound than simple tourism, Branson’s ideas aim to continue what NASA started — putting people in space and exploring the cosmos from there.

If you liked this article, here are a few more you will find interesting: