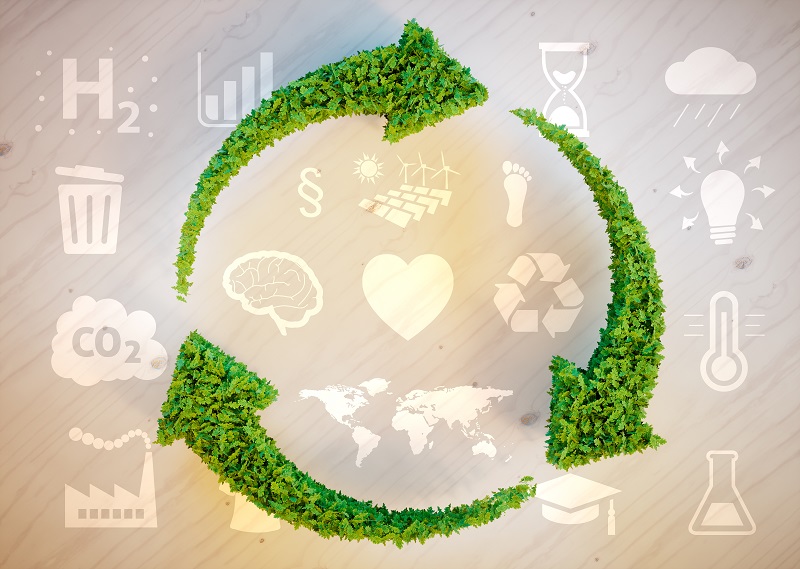 This the first part of a two-part blog series that analyzes waste reduction in circular economies through a systems thinking lens, taking into consideration product design and supply chain operations.

First, let’s take a moment to explain why waste is an enormous worldwide issue and how it’s becoming a more pressing concern for our planet each day.

From trash gyres in our oceans to microplastics contaminating our drinking water, waste is impacting our daily lives in subtle, yet concerning ways. Waste can now be found in the most remote regions on Earth — from the bottom of the Mariana Trench to the summit of Mount Everest. In fact, every piece of plastic that has ever been produced in the world still exists today in some form.

According to a study by the World Bank’s Urban Development department, it’s estimated that our global society produces over two billion tons of waste every year. Think about that for a moment. It’s unbelievable.

One of the main reasons so much waste is generated globally is that 99% of the materials that flow through our manufacturing systems wind up in the trash within six months, according to Paul Hawken’s book, Natural Capitalism. You may think that this is not possible but many of the materials that are utilized during manufacturing exist solely within the confines of the supply chain and never exit it in the form of the product or packaging. In other words, this material waste is invisible to the end consumer and typically ends up in places it does not belong. 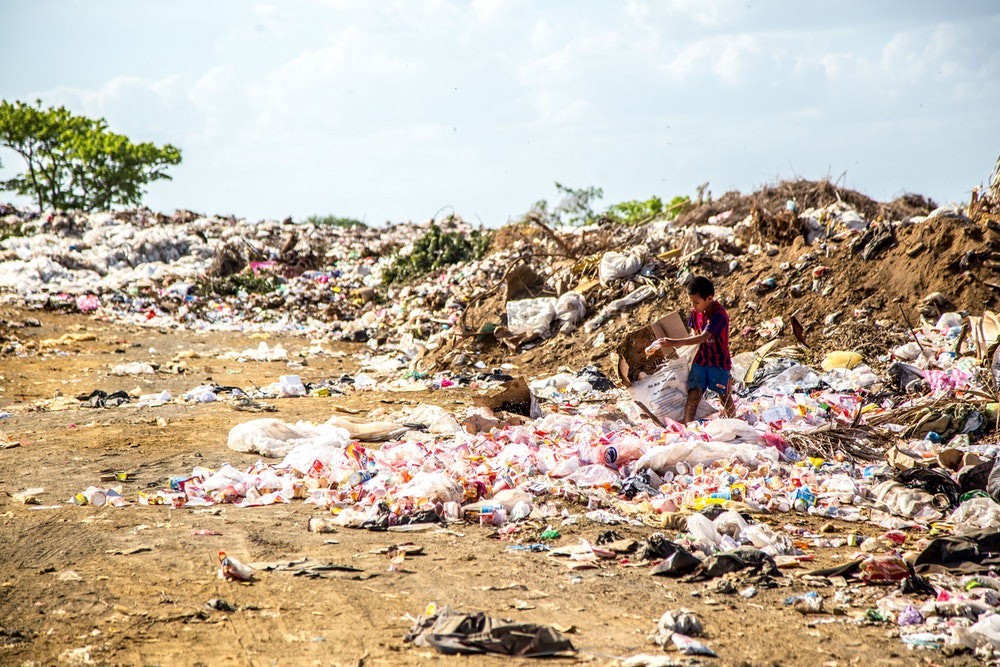 Rethinking the current model
Based on the numbers above, simply being more efficient with our waste disposal will not solve our waste problem. Yes, we certainly need to dedicate more resources to clean up areas that are polluted as well as alter human behavior. But for the purposes of this article, let’s focus on what the manufacturing ecosystem can do to curb the amount and types of waste that are generated from the production and daily use of its products. Specifically, what if we could design products that produce less waste during the manufacturing process? Further, what if the goods that we use on a daily basis were not created for single-use purposes?

The standard ‘take, make, dispose’ model gives rise to chronically high levels of waste and creates dependencies between economic development and inputs of new, virgin materials. In a world of finite resources, this model cannot be sustained in the long run, and there are indications that it is reaching its limits.

There have been many proposals, movements and conferences aimed at devising ways to reduce the amount of waste that society generates. One notable conference was the 2017 UN Environment Assembly themed ‘Towards a Pollution-Free Planet’, which focused on enabling more circular economies. A circular economy is an economic system that mimics natural ecosystems in the way we organize our society and businesses. It is waste-free and resilient by design to ensure companies can achieve the highest level of economic and societal value, while minimizing planetary impacts.

Going circular
In reality, economies are driven by supply chains. So the root question we should be asking is: what if we could alter the trajectory of linear supply chains in a way that would disrupt the cycle of ‘take, make, dispose’?

In fact, traditional recycling goes from being one of the best options to capture value in an end of life product in the ‘make, take, dispose’ model to one of the least attractive options in a circular supply chain, due to a number of business and environmental reasons. At first glance, recycling is not a very complicated process or planning puzzle. For example, you toss a plastic bottle in a recycling bin and it is transformed into a new plastic bottle or even polyester shorts or sunglasses. In reality, it’s typically an incredibly complex and expensive set of operations, not to mention being water- and energy-intensive. These operations include intermodal reverse logistics transportation, recycling facility sorting and numerous manufacturing steps that transform plastic back into usable nurdles.

Rather than be constrained by the shortcomings of the traditional recycling processes, the new technical cycle in a circular supply chain focuses on recovering products, components and materials, to restore them through reuse, repair or remanufacturing as a result of intentional design. This differs from the recycling example above as the original design of single-use plastic items was certainly not to have the plastic live on as shorts or sunglasses after its initial use. Instead, society and companies like TerraCycle have creativity sought to reduce pollution by making ‘lemonade out of lemons’.

In practice
Now, let’s look at an actual example of a circular supply chain, and there’s no better place to start than with the beverage industry. Similar to the milk delivery and bottle return system of the ‘good ole days’, some beer manufacturers and distributors are still employing this model today in different forms.

For anyone that is a beer aficionado, you will recognize the standard brown bottle that many different brands of beer utilize for their bottling. However, some brands create proprietary bottles instead for branding and marketing purposes. Below is a diagram of the flows within a circular economy. It highlights the supply chain key differences between the lifecycle of standard bottles and proprietary bottles: 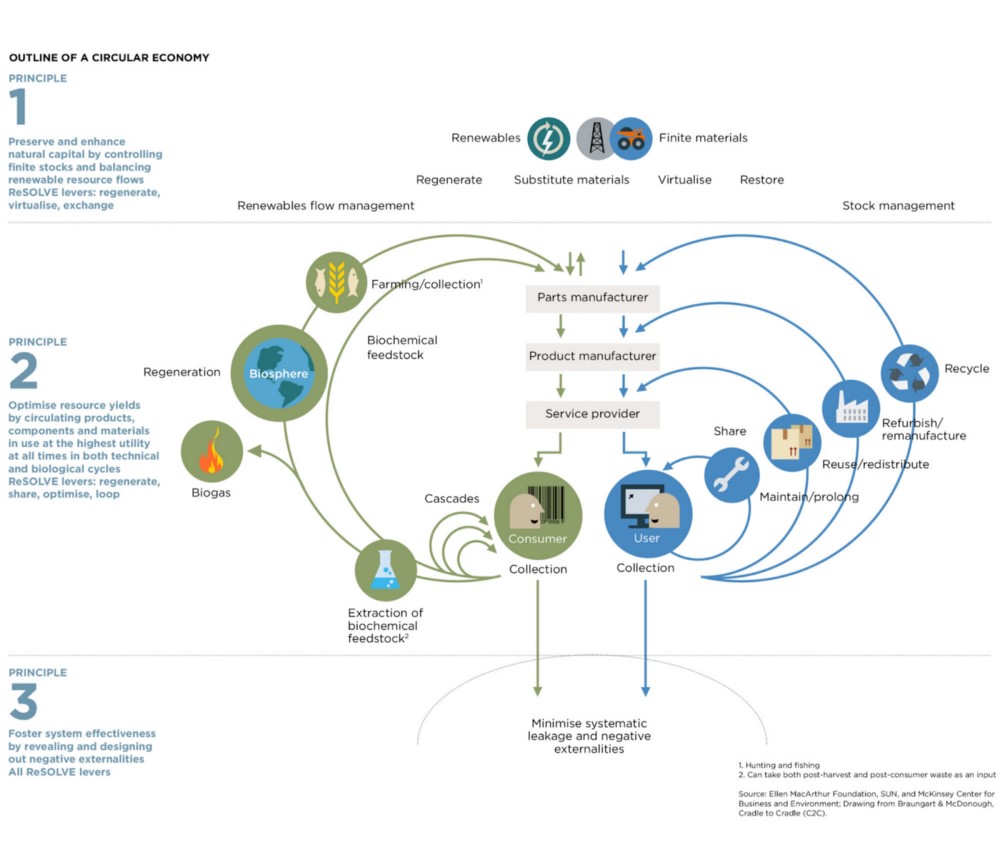 The standard bottle can be cleaned and reused in the exact same form for future bottling. This is denoted in the diagram above by the ‘Refurbish/remanufacture’ circular process on the right side that goes from ‘User’ back to ‘Product manufacturer’.

In contrast, the propriety bottles need to be crushed and passed into the glass recycling system to be utilized as source material for completely new bottles. In the best case scenario, this takes the bottle from ‘User’ all the way back to ‘Parts Manufacturer’ via the ‘Recycle’ circular process.

Remember what I mentioned earlier about recycling not being a leading option to ‘close the loop’? This is why the ‘Recycle’ process is drawn as the outermost loop in the right side of the diagram above. It is meant to depict that it is the least desirable option compared to ‘Remanufacturing’, ‘Reuse’, ‘Maintenance’ or ‘Sharing’. The excess amount of energy, water, money and other resources that go into the creation of each propriety bottle is enormous when compared to the refurbishment of a standard bottle. A study in the Journal of Cleaner Production regarding the reuse of standard honey bottles estimates that reusing standard bottles during production can result in the following environmental reductions:

A smarter way to design
It’s critical to recognize that industrial designers have an incredibly difficult job when trying to understand the collective positive and negative effects of their creations on a global scale. The figures above took the researchers years to determine from the initial study design to the collection and analysis of data.

But what if we could make it easier for designers to better understand the impact of their designs? For example, what if a designer could immediately see how a change to improve the ease of manufacturing would affect the entire supply chain operations, from within the design software platform?

With better qualitative and quantitative information on hand, the design community would be empowered to make more informed decisions regarding the environmental benefits or consequences of their design. This is what we’re trying to achieve at Dassault Systèmes and DELMIA Quintiq on the 3DEXPERIENCE® platform, by combining design and instantaneous feedback of a virtually modeled supply chain. There is a huge opportunity to bridge the current gap between design and fragmented supply chain operations that, in turn, has the potential to transform business models and serve as a catalyst for new circular economies – with efficient circular supply chains at their core.

Check back again later this week to see the second part of this blog series, which will highlight pioneering circular supply chain operations that are already working to close the loop to spur circular economies – and reduce the global waste we generate!