Sweden has always encouraged innovation. It has produced 31 Nobel laureates, holds the highest number of patents per capita and is where 20 elements in the periodic table were discovered. In other words, it’s the perfect place for one of DELMIA Quintiq’s two offices in the Nordics region.

And the perfect place for us to bring together some of the brightest minds in planning and optimization for some very interesting leadership discussions. So after several weeks of planning (big surprise – it’s kind of what we specialize in) this is where we kicked off the second in a nine-part series of global thought leadership summits. 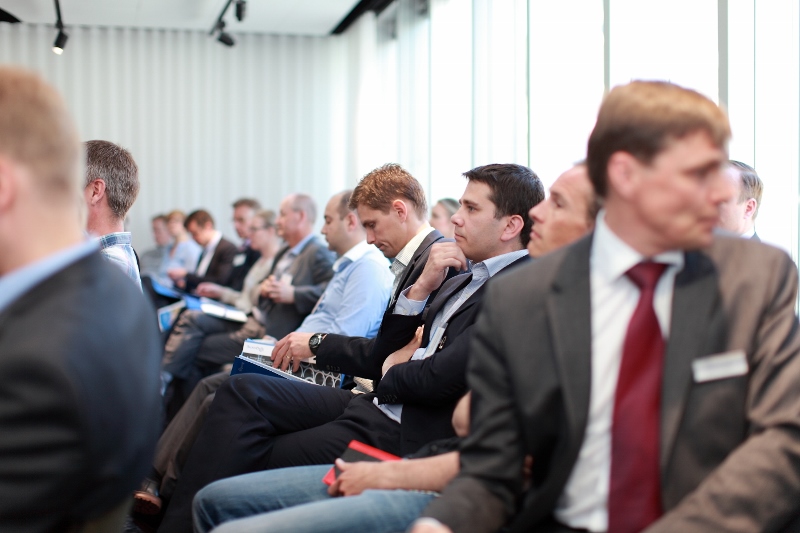 On May 20th, some of today’s most forward-thinking optimization experts took to the DELMIA Quintiq World Tour stage in Stockholm. Here they shared real-life examples of how planning smarter has helped them remain ahead of the game in industries ranging from steel production and processing to logistics.

Dr. Ari Riabacke, a leading advisor in decision support, opened this discussion with thought-provoking ideas on decision-making. It was a great opportunity for participants get his insights on their businesses. Dr. Riabacke challenged the audience to step out of their comfort zone and analyze their own risk-taking and decision-making behaviors. What a session!

Gunnar Meller shared anecdotes and real-life examples of production and process optimization at Outokumpu, the world’s biggest stainless steel producer. Not surprisingly, many participants found they had faced similar challenges and were familiar with the long-term effects on a supply chain.

Meller, currently VP of Supply Chain at Outokumpu, has contributed to the company’s success over 35 years and has worked with DELMIA Quintiq to implement several improvement projects. Participants benefited from his tips on how to achieve visibility of the entire supply chain, inventory optimization, and lowered production costs. Basically, he explained, it comes down to putting the right people in right place, implementing the right plans and supporting it all with the right technology. 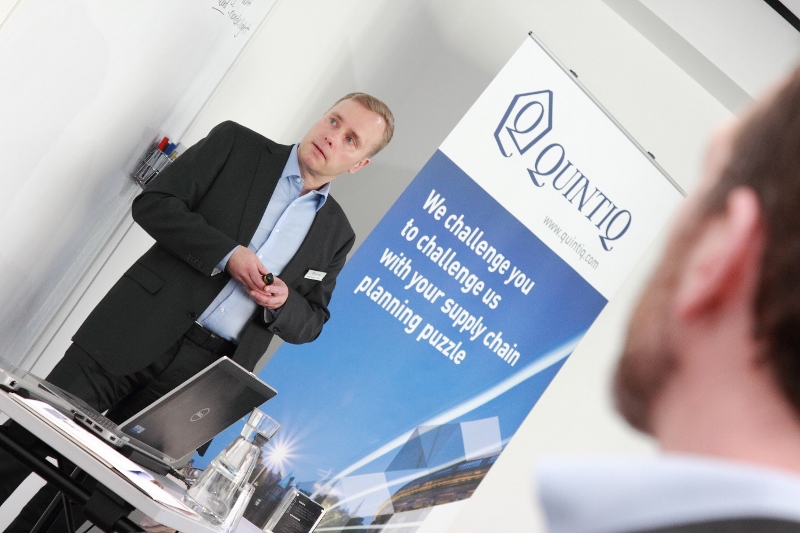 Supply chain optimization isn’t possible with just a pen and paper, or even the most macro-filled spreadsheet carefully handcrafted by a self-proclaimed “spreadsheet ninja.” This is why it was so valuable to have present a seasoned business-goal oriented expert in IT implementations; Mikko Särkkä, from Itella Corporation in Finland.

Mikko spoke of Itella, Finland’s national postal company, and its plans for continuous expansion. He gave participants a sneak-peek of planning puzzles he’ll be solving over the coming years. He discussed logistics and postal as well as e-commerce sectors that must react quickly to increasing customer demands in a competitive marketplace. The crowd, consisting of executives from manufacturing of FMCG products to business process analysts in the rail industry, found that several of Mikko’s key takeaways applicable to all attendees – especially the “plan-do-measure” cycle.

The future of optimization

The World Tour in Stockholm came to a close following a roadmap of supply chain planning and optimization (SCP&O) discussion held by Markus Malinen. He involved participants in a session about the future of optimization, from both an organizational perspective as well as an IT-supported angle. Markus referenced several elements presented in the day’s first session by DELMIA Quintiq COO Arjen Heeres, which was titled, “Big Calculations – the key to solving the efficiency puzzle”.

In his session, Arjen focused on the DELMIA Quintiq platform as an intelligent optimizer to existing ERP systems (which these days are simply not enough). He concluded how the wealth of data available must be used in an efficient way – to achieve success as a business.

Markus then related his discussion to smarter planning through examples of scenario-based planning and the importance of reaching a higher level of maturity in a company’s S&OP process. The examples got everyone to reflect on their own current situations and the gaps that should still be filled.

This is only the beginning

What an event! The #QuintiqWT in #Stockholm was an interactive day thanks to great planning stories from the crowd! pic.twitter.com/56kvYfwGdj

On behalf of the DELMIA Quintiq team, I can only say a big “thank you” to all that participated on May 20th. We’re all interested in taking the conversations we had on this day further in the interest of solving more of the world’s planning puzzles… including in the Nordics region!

I look forward to meeting more planning experts across the world at our upcoming World Tour events. See you there!