The BIOVIA Science Council strives to advance the highest levels of scientific research and innovation in Life and Materials Sciences across the industries served by Dassault Systèmes. For example, BIOVIA scientists are currently working alongside the worldwide scientific community to gain a deeper understanding of the SARS-CoV-2 virus. 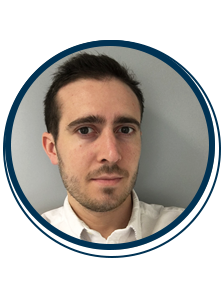 The Science Council also supports student scientists at leading academic institutions around the world. This new blog series will highlight these students. Who are they? What are they working on? Why did they choose their projects? It might also be interesting to explore how they spend their time when they are not in the lab.

We begin with Alexandre Cabayé, a BIOVIA Industry Process and Science Consultant based at Dassault Systèmes headquarters in Vélizy-Villacoublay, a suburb of Paris. Alexandre is also a PhD student at University of Paris in the UMR8601 – CNRS.

“This project attracted me because it’s connected to many neurological disorders, and I was concerned because a member of my family was diagnosed with one,” says Alexandre. “The modeling and simulation approach appeals to me because it allows scientists to observe phenomena that no other techniques permit. Computational approaches also allow scientists to explore more possibilities than just experimental ones.”

“Being a modeler places me in the middle of the research and development process; therefore, I can advise the chemists to synthesize new compounds and discuss with the biologists about the most efficient assay for testing those new compounds. It is a very rewarding position, I must say.”

Since joining Dassault Systèmes as a molecular modeling engineer in 2018, Alexandre has been evaluating new simulation methods for use in his own research, while also helping to integrate these new tools into the BIOVIA Discovery Studio modeling and simulation environment. He also continues to work on his doctoral thesis at University of Paris. Dr. Hugues-Olivier Bertrand and Dr. Anne Goupil, both Fellows on the BIOVIA Science Council, are two of his Ph.D. advisors. Alexandre has designed and performed experiments in collaboration with the BIOVIA Science Council and Acher’s lab—and he has assisted in writing a number of scientific papers including “Asc-1 Transporter (SLC7A10): Homology Models and Molecular Dynamics Insights into the First Steps of the Transport Mechanism” (February 2020).

Alexandre also contributed to another paper (co-authored by Dr. Acher and members of the BIOVIA Science Council) addressing “Rational Design of Subtype-selective Orthosteric Agonists for Group III Metabotropic Glutamate Receptors” (2019, see below). Here the authors used modeling and simulation to create candidate drugs for the treatment of Parkinson’s disease. The mod/sim aided their understanding of how and why their drugs worked, helping to guide them in optimizing their current collection of candidate drugs and in creating new candidates.

A CIFRE scholarship (which stands for “Conventions Industrielles de Formation par la Recherche”) partially funds Alexandre’s research. The French Ministry of Higher Education and Research sponsors this doctoral training program within a public-private partnership framework. Alexandre is one of more than 20,000 Ph.D. students who have benefited from CIFRE fellowships supporting doctoral studies since the program began in 1981.

When he is not in the lab, Alexandre can always find other things to do. “As a Parisian, I’m lucky to live in a city where there are always new and interesting museum exhibitions, so occasionally I go to one of them. And when there’s time for a winter vacation, I like to ski in the French Alps, I love the mountains there and the slopes are just insane!”

When asked how BIOVIA helps him in his projects, Alexandre points to the extensive capabilities of BIOVIA software. “Discovery Studio is my everyday tool, and I would not have been able to carry out such ambitious projects without it. It allows me to build and simulate 3D models as well as perform some basic analysis. When I need more complex analysis, I use BIOVIA Pipeline Pilot to build protocols that save precious time.”

When I think about virtual approaches to life science research, all I can say is — This is the way!