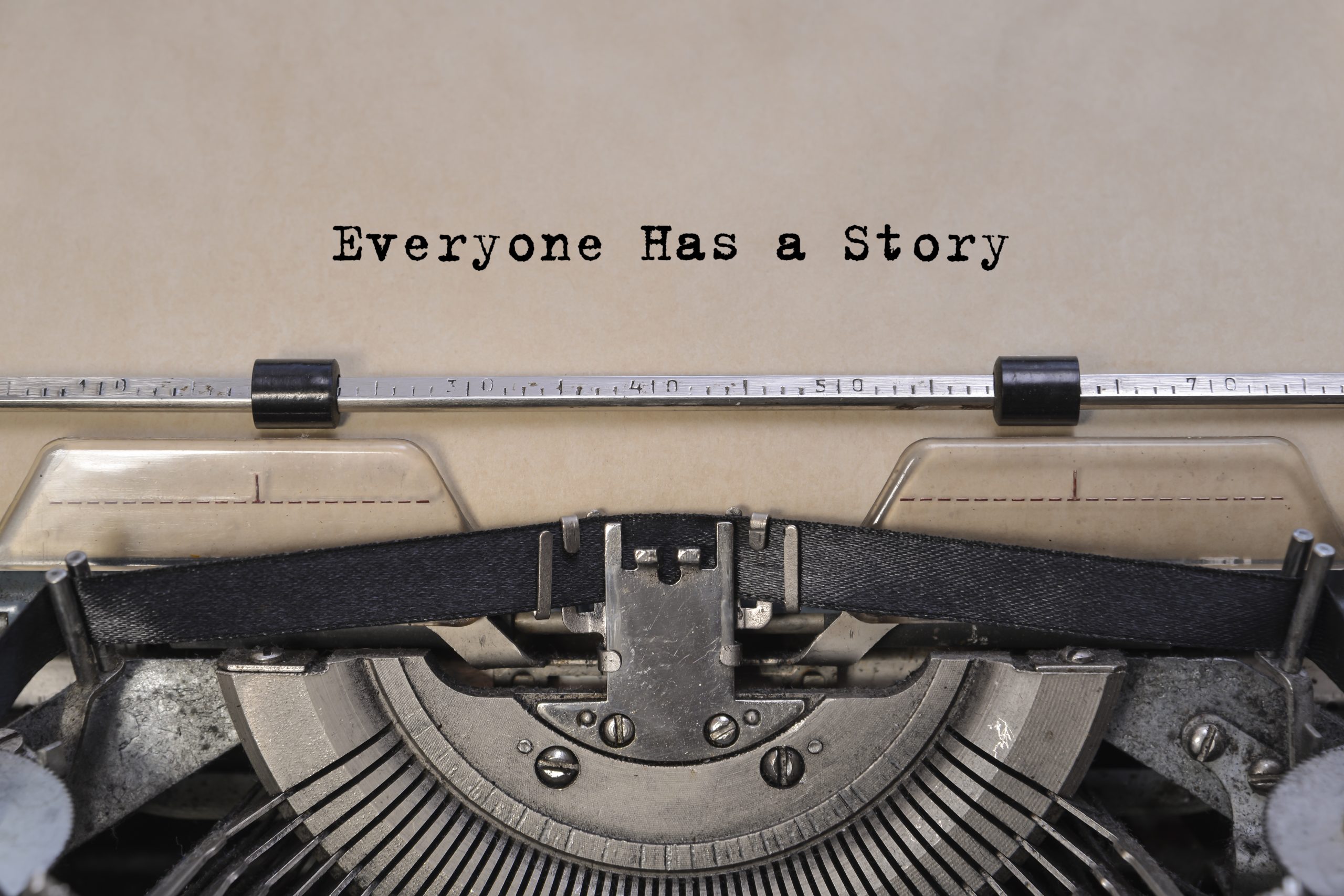 Sometimes I ask myself, what is my story?

What is My Story?

Stories are important. Humans have evolved to be storytellers. Stories create our bonds and make it possible for us to cooperate on unprecedented scales on our planet; this is where our power comes from—individuals cooperating around a common story.

On a different scale, stories are also essential for individuals. They allow us to understand ourselves better, make sense of our past, use our present and plan our future.

So what is the story of Arvin? 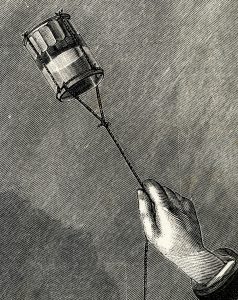 I remember my first encounter with science was a day in my father’s car. I was probably four years old.

The car turned a sharp corner and I felt myself pushed to the side. In addition, a small notebook on the car’s dashboard fell on the floor.

Something was going on around me that I did not understand, but I had a deep desire to understand and ask why! I asked my father why the notebook fell and why I felt pushed.

My father said something along the lines of “this is the force created once things rotate; you will understand it when you grow up and go to school.”

Years passed, I grew up as a curious kid. I loved physics and math. For instance, when I was around nine, I found patterns that could help me calculate the multiplication of some big numbers by 9, 11, etc.

I challenged people to ask me if I could do it faster than they could with the help of a calculator. I went to the best middle school and high school in my relatively small city in Iran, but I never had any big dreams.

The ceiling of what was possible for Arvin was to get a college degree, at most a Master’s, and work somewhere in my hometown for the rest of my life.

During high school, I got very interested in Physics, so much so that I had pictures of Physics Nobel Laureates, e.g., Einstein, Fermi, Marie Curie and Planck, on my bedroom walls. But I felt like the universe of these people was substantially different from mine.

They were in Europe and the US. I was in Sanandaj, Iran. My story felt very different from theirs. I could only look at the pictures of “these people” and appreciate their intelligence and contributions to science.

Still, I felt I could never do anything substantial to advance human understanding of nature. Due to a random event, this large gap between me and “these people” shrank one day.

A Letter to a Nobel Laureate

Usually, when an MIT professor wins a Physics Nobel prize, one expects that this event has local consequences in Cambridge, MA. Nevertheless, this event randomly changed my life in Iran when I was in high school.

One day, amazed by the science behind this Nobel Prize, I emailed one of the Nobel Laureates, a theoretical physicist at MIT. How probable is it that my email gets a response within days?

Not very likely, but, to my surprise, I received a reply, and we had some back and forth.

With my not very good English at the time, I wanted to convey my love for physics and get some advice on how to become a successful physics student. This almost random event significantly boosted my morale in Sanandaj and made me think that the gap between me and “state-of-the-art physics” was not so broad!

From Tehran to Yale

I was determined to go to a top school in the US and do great physics. After high school in Sanandaj, I went to the University of Tehran, and four years later, I was at Yale Physics department, where Josiah Willard Gibbs and some Physics Nobel Laureates used to work. In the summer of 2010 at New Haven, when I began grad school, my dream of doing something outstanding in science seemed within reach.

However, I also discovered that I was not going to get a Physics Nobel Prize. I even realized I did not like fundamental physics (string theory, early universe cosmology), which had been my original passion. Instead, I preferred computational applied physics. Nevertheless, I discovered that I was good at problem solving. I was creative and a quick learner. Learning new fields quickly helped me develop innovative ideas. I could be useful in the world and help to develop worthwhile products.

In the second year of my Ph.D., I took on a summer project on the surface chemistry of ferroelectric materials. I soon discovered that using these materials, one could solve a fundamental challenge in catalysis: I called it dynamic catalysis beyond the limits of the Sabatier principle.

It was an exciting time, as I was almost the only person at Yale’s Applied-Physics/Physics department working on a project related to Catalysis.

A Postdoc at Stanford and the University of Pennsylvania

Finally, after publishing few papers on this subject, I finished my Ph.D. degree and began a postdoc with the group of Prof. Jens Nørskov at Stanford University. A physicist by training, Nørskov is one of the pioneers of theoretical catalysis. I diversified my research in catalysis there but was still unsure what was right for me.

Was catalysis what I wanted to do for the rest of my life?

So I began my second postdoc at the University of Pennsylvania on a new set of topics to better answer this question. Multiple projects began on topics including photovoltaics, batteries, perovskites, electrocatalysis and covalent organic frameworks.

However, a couple of years through my second postdoc, I still wondered:

What was right for me? Who was I and what did I want for a career?

Eventually, I found the answer to these questions, not in science books or papers but in history, psychology, finance and economics books. I also read some spiritual texts. The COVID pandemic helped to make this possible, as I developed a new habit: reading books instead of watching TV series or movies. Ironically, the pandemic helped me figure out who I am. For the first time, I could identify with the observer, with the space in which my life story was unfolding, an overarching and unifying reality beyond a single story. I became less devoted to my ego-centered identity that had previously driven my goals.

I became a reader of the story of Arvin, and I was no longer the center of the world. The story of Arvin is just one of an infinite number of stories playing out in this universe. I am reading this story now, as you are reading your story.

No longer I am out to maximize Arvin’s best achievements. And, I no longer wonder what is best for me.

The new question is—how can I help the world around me stay in harmony? How can I connect my micro-story to the bigger picture, to the macro-story of us: the pale blue dot and its people? I feel a great sense of liberation from the prison of “me.”

An Ocean of Possibilities

Outside the restrictive framework of human’s ego, I discovered an infinite ocean of possibilities. Additionally, some of the economics and finance books I read helped me realize the critical role of corporations and capital in creating human cooperation networks, where all of our stories begin to merge. I have realized that the most valuable thing I can do with my career is to tie my efforts to real-world industrial processes and products. 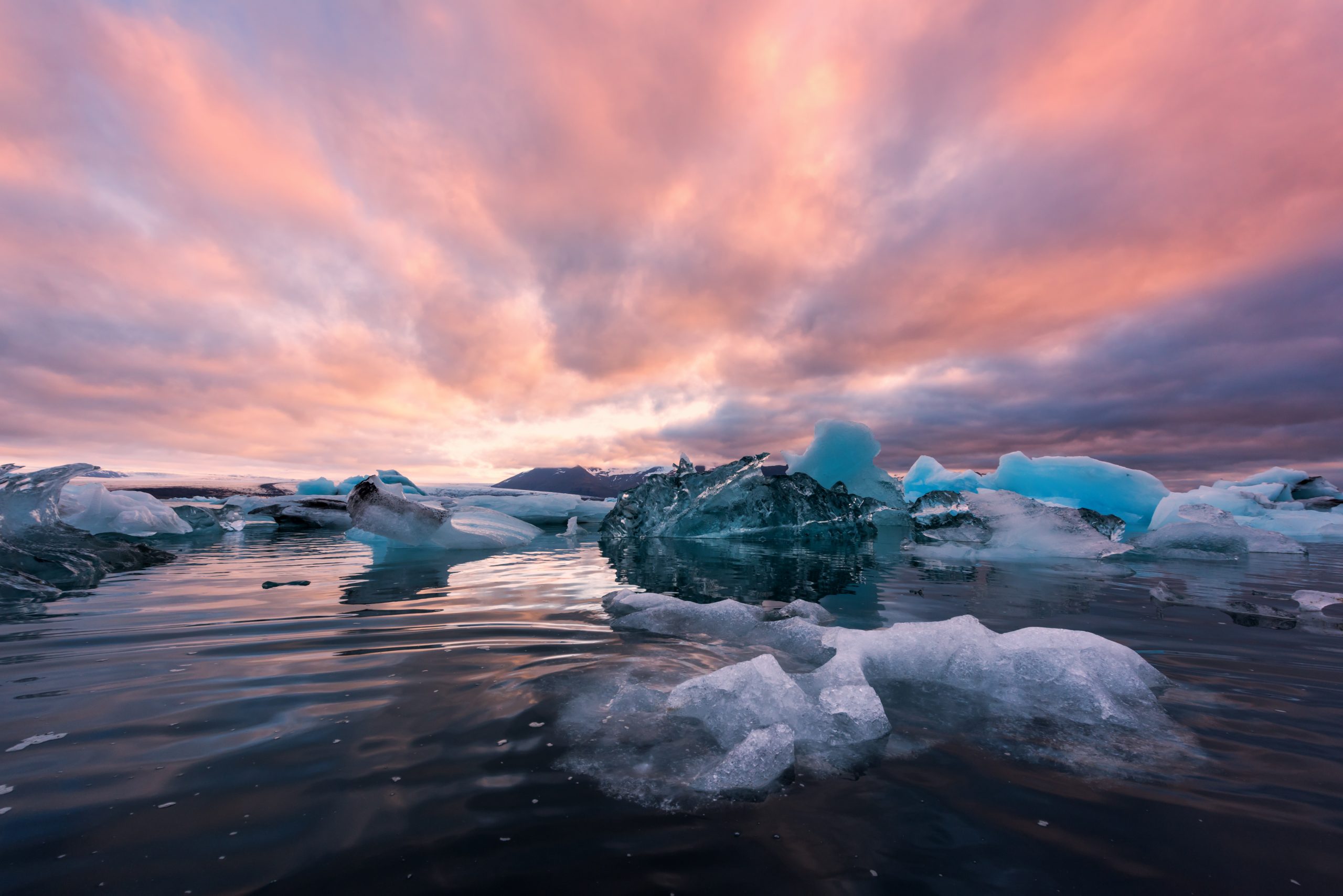 I want to continue as a problem-solver in industry, not necessarily a physicist, a chemist or a materials scientist, but a person who can constantly change and re-invent his professional skills based on what the market and the fast-paced changing world deems fit. Reading books about climate change has given me even more enthusiasm to begin a career outside academia.

The Threat is Real!

So, I felt the need to do something beyond writing academic papers, something more tangible that can help the global effort to save our planet from the destructive effects of climate change in a shorter timescale.

I was fortunate that the outcome-based Contract Research team at BIOVIA had an opening related to my expertise.  It is a supportive team, full of energy and scientific talent.  For over 25 years Contract Research team has helped automotive and aerospace, energy and materials, consumer packaged goods, high technology, life science, and healthcare industries to address a wide range of challenges.

Such challenges range from rational product design to process optimization and from faster innovation in R&D to failure remediation in manufacturing. The goal of Contract Research team is to benefit our industry customers, us as consumers, and, in a grander scale, our environmental ecosystem.

On a broader scale, the mission of Dassault Systèmes — creating virtual universes to imagine sustainable innovations—resonated with me.

The Story of Arvin

I have joined the Contract Research team and found a new storyline for my professional efforts, a narrative where together we design and study energy materials that can help to create a greener earth and greater harmony with the environment.

This is a very rewarding experience. I am enjoying computational materials modeling as never before in the Story of Arvin.

Would you like to learn more about Contract Research?

Dr. Kakekhani received his Ph.D. in Physics from Yale University, in 2016. He is very passionate about applying his academic background to developing industrial products that create a more sustainable economy. Arvin has experience with working on a wide array of industrial solutions - hybrid organic-inorganic perovskite solar cells, LEDs, Li-air batteries, thermal, electrocatalysis and even polymers. As a Senior Scientist at BIOVIA, Dr. Arvin Kakekhani primarily focuses on computational materials modeling/simulation research.