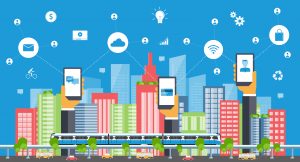 Wouldn’t it be cool if you never got lost? If the streets and city where you live know the best way to get you home safely, then tell your car to take you there, avoiding traffic jams, accidents, and pedestrians along the way? Or if you could step outside, grab whatever car or bicycle is handy, and cruise to wherever you care to go, with no worries over insurance or fuel costs or even returning your borrowed wheels? Not only would there be more cash in your pocket, but more room in your garage as well. And you might just find life a little easier.

From San Francisco to South Korea
This might be an extreme vision, but it’s not as farfetched as you think. Cities the world over are joining with automakers, transportation providers, and technology companies everywhere to make these and other initiatives possible:

That’s a lot of smart cars and connected cities, and even those of us who would rather walk to work each day must admit: these are exciting times for the auto industry. But what does it mean to those charged with mastering all this high technology, who must learn to flawlessly and cost-effectively meld the various LIDARS and RADARS and GPS sensors with the electro-mechanical devices that control our vehicles, and then teach those droid-like future cars to play nice with one another?

The Future Challenge
That mastery won’t come easy. The century-old paradigm of automaking was already complex—designers once grappled with targets of increased fuel-efficiency or crash test-worthiness. Now they must face the reality of network protocols, software upgrades, and cybersecurity.

Nor is there a one-size-fits-all solution to these new-age problems. Where the world once asked for little more than safe and affordable commuter cars, mini-vans, pickup trucks, and sport utility vehicles, the world of smart, autonomous, and connected vehicles requires far more than cargo capacity and roadworthiness: it requires near science fiction-like capabilities.

Some of that sci-fi is here today, although it’s admittedly not ready for prime time. What happens to the connected city during a power outage? How will a car that self-navigates just fine in suburbia react in Wi-Fi-free farmland? And did someone say hackers? How about potholes, flat tires, and flash floods? These and hundreds of similar scenarios are keeping more than a few automotive and city engineers awake at night. 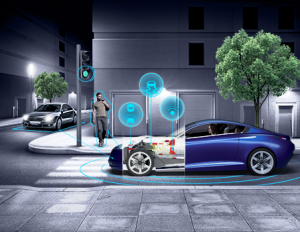 The Urban Dashboard
Fortunately, there’s one way out of this techno-crunch: it’s called more technology, and even closer partnerships with those who provide it. One such company is Dassault Systèmes, whose 3DEXPERIENCity project embraces a critical aspect of mobility and smart city planning—the digital modeling of cities.

Singapore’s doing it. The entire city is expected to be virtualized by the end of this year, giving those responsible for city planning and traffic management the ability to navigate through a 3D representation of their island state. With a few mouse clicks, users of the novel software solution can review traffic patterns, count available parking spots, watch for accidents and monitor weather conditions, and more.

Get Connected
Granted, access to a Google Earth on steroids is an important tool for civil engineers and city governments looking to understand the impact of potential road construction, but building smart cars takes more than a virtual peek under the urban covers. It takes tools that encompass all aspects of vehicle manufacturing, from the bidding process to lean production to real-time customer feedback. And in the context of smart cities and autonomous vehicles, it needs software designed specifically for intelligent vehicle engineering.

Dassault Systemes calls this Smart, Safe, and Connected. Based on the 3DEXPERIENCE platform, the industry solution manages virtually (pun intended) every challenge faced by today’s digital vehicle designer, from safety testing and performance validation to software development and mechatronic engineering, and gives users an integrated suite of tools to make them more agile, collaborative, and efficient.

Whatever tool you use, it’s important to recognize that a different way of looking at things will be needed for success moving forward. Designing a wheel assembly able to survive the sub-Sahara wilderness isn’t rocket science; designing artificial intelligence that can adapt to Tokyo traffic at rush hour might be. It’s only by thinking beyond the box that transportation providers, their suppliers, and even their customers—us—will thrive in today’s increasingly complex world. Here’s to being mobile 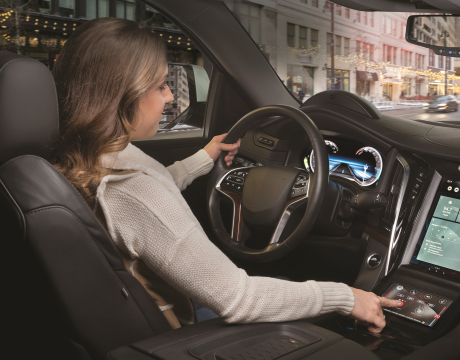